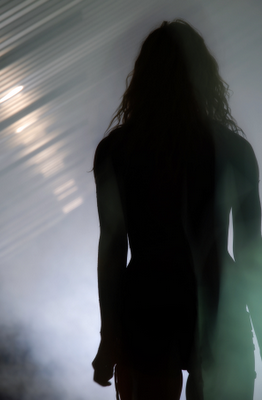 I received another two star review a couple weeks ago, this one for the second volume in my edgy Christian speculative fiction series, Black Earth: The Broken Daisy. The review as a whole wasn't the most positive I have received, but there was one major thing that really stuck out to me - the reader's disappointment with the direction one of my main characters is going in the series.

In the same reviewer's honest analysis of the first book in the series - Black Earth: End of the Innocence  - she made complaint that my character, Cynthia Ruin - or Sin to her friends - hadn't found complete redemption by the end of the book:

"Also disappointing was the story line for Sin. I would have liked to have seen her evolve more, and truly regret her actions. It felt like she started to regret them a little, but never truly asked God to forgive her."

Aside from me pointing out that this is a series, and that character development, including themes of redemption, can be spread across multiple volumes, I would also argue that, as in real life, people don't always turn to God once something doesn't go their way - if at all. And just because one has accepted Christ, that doesn't mean there isn't a tough road ahead, or that the individual in question isn't going to stumble or backslide along the way to complete redemption. Some may not even make the complete life change that God plans for them. It's sad, but it's a reality.

In the review for the second book in the series, this reviewer continued to voice her frustrations with Cynthia's character development:

"I had hoped to see Cynthia really regret her bad behavior and find redemption, she was leaning towards that at the end of book one, however she ends up seducing Nathan and not regretting anything."

My intention isn't to argue with the review itself. These were the reviewer's honest opinions and she's entitled to them. I appreciate her taking the time to do the review. The comments I highlighted do raise an interesting curiosity for me though. In fiction - especially Christian fiction - has it become expected of the characters to find redemption and turn to God for their answer to life's meaning? I mean, is it a matter-of-fact expectation for the majority of characters involved?

I'll give a bit of background on my character in question: Cynthia Ruin. The first book in the series opens up on the night of her high school graduation, an even which she vehemently opposes. Instead of participating, she instead opts to spend time in a local night club. Throughout most of her high school life, Cynthia is inconspicuously known as the Pink Rabbit, a high school slut who sleeps with and does favors for the guys of her school. With each favor she performs, she stamps a pink rabbit on the body of the male giving him a particular status symbol around the school. It's even rumored she has done favors for hand-picked females.

In other words, this isn't a character your mother would want you to bring home. But that's Cynthia Ruin. Cynthia is raped the night of her graduation at aforementioned night club by an angry individual who was once turned down by the Pink Rabbit. Rejection is a powerful drug that can make many do things they wouldn't otherwise do.

Throughout the story, Cynthia begins to regret her actions. The rape endured at the night club strikes fear and vulnerability in her and causes her to question why she does what she does. But she isn't exactly ready to embrace a loving God. Not just yet.

Cynthia eventually crosses the path of the main protagonist of the story, Nathan Pierce, who is a born-again Christian but struggles with his own ideals of religion and faith. By the end of the first book, Cynthia redeems some of her actions by saving someone's life, but this still doesn't bring her to a point where she's going to drop to her knees and worship God.

I don't want to spoil too much of the story, but in the second volume of the Black Earth series, the world falls into darkness and because of this, Cynthia reverts to her old ways of dealing with life - drinking and sexual promiscuity. She sees Nathan - a Christian - as a personal challenge that needs to be broken of his proclaimed virginity. So she seduces him, claiming that there is no need to hold on to morals or values with the world ending, and they have sex.

It isn't until the end of the second book that Cynthia starts to really have a desire to clean up her act. But even at that point she still doesn't come right out and seek forgiveness for deeds.

So this brings me back to my curiosity: In fiction - especially Christian fiction - has it become expected of the characters to find redemption and turn to God for their answer to life's meaning?

Maybe not all the characters? Any? Isn't the point of Christian fiction to be inspirational, to showcase themes of redemption. Maybe the point is to reveal the character of God to a fallen world. Maybe it's to entertain? I guess it all really depends on your storyline and your characters.

Isn't it a bit presumptuous to assume that characters in Christian fiction - or even those we know in real life - are always going to see things the way we see them, or even how God sees them? This is a fallen world - as is the world in my novels. Darkness overshadows the land, filling it with murder and hate, destruction and chaos. Vices run rampant - sex, drugs and alcohol, among dark and deadly things. But in the world we live in, and my fictional world, there is also light and redemption and salvation. Although, not everyone wants to take hold of such things. Especially in a world falling into darkness, many simply want to party until the planet implodes. Such as in life, evil does win sometimes, and good isn't always accepted by those we love.

So, I'm wondering if some people just automatically expect happy turnouts for the characters in the stories they read. At least in Christian fiction. Who knows what direction Cynthia will go in the third volume? She may end up becoming an anti-hero. She may turn into the story's greatest villain. Or she may just wander through the darkness, ignoring the light altogether.

And it's in watching Cynthia wander that some of us open our eyes and notice those around us who are wandering just the same.

I have never read your novels (yet), nor have I read any Christian literature. It just isn't "my thing". However, after reading about the character Sin, I just may have to read them. She sounds like a real character - someone many girls in this day and age can relate to. To have her dropping to her knees and praising a God she has most likely avoided most of her life within the first book, or first few books, would take away from that realism. Keep her real David. Keep the books real. To me, Christianity is NOT about praising God for the heck of it. It's about questioning and stumbling and constantly seeking and struggling to find the right path.

You are so right about that. I plan to keep Cynthia - and the rest of my characters - as real as I can. And I agree with you about Christianity not being about praising God just for the heck of it. We need to know why we praise God, we need to experience God's love and understand the answers to the questions and doubts that run through our mind and hearts.

Thanks for your thoughts on this.

__Hi David. I've been a hidden follower, reading your blogs off and on since " The Broken Daisy's" debut in 2010. I've been telling myself WRITE A COMMENT TODAY it seems like forever. Somehow I've always gotten out of it. Until now.

__I'm starting with this post because of the strong agreement I have with your sentiment. I too write speculative fiction with a good bit of edge, you see, and the expectation does seem to be that the main characters need to make a confession of faith at the end of the story. That's the left side of the Christian Church for ya, with it's ideological litmus tests which don't take into account the free choice of man or the sovereignty of God! The anonymous commenter said it right: question, struggle, stumble, seek. Like you, I don't know why the church today seems opposed to that, well, other than the fact that it's uncomfortable...I'll even go and say scathingly painful? But God sees it, and He let's us live anyway.

__I know you're getting ready to publish "Dark Masquerade." You've most likely long since moved on from the thoughts expressed here. I wonder if you'll even see this comment. Know that I'm rooting for you and this genre of fiction. I will really try to be a better follower and comment more going ahead. Be encouraged!

J.H., I really appreciate you stopping by and commenting on this issue. (By the way, I have my blog set up to send me an email any time someone posts a comment, so I'll always see if you post something).

I think this is a really interesting issue, especially with Christian fiction. It seems certain groups of readers expect happy endings - or at least for the characters in the story to realize their sinful nature and turn from it. But I don't write Christian fiction necessarily for the happy endings. I write to be real, to show that characters are people too, and people have free will and they will do what they are going to do regardless of God's intentions or the intentions of those around them. This isn't to say it always has to be this way in my writing, but it shouldn't be completely disregarded.

Anyway, I appreciate you keeping an eye on the blog. Good to know I have another supporter 'lurking' out there. :)