We're almost there, friends. Before Christmas hits, Black Earth: Exodus - the fourth and final full-length novel in the Black Earth series - will be released. If you're a tad confused by the title, it's because I changed it from Black Earth: Bridge to Anaisha to Black Earth: Exodus for a few different reasons, all of which are described in this post here - http://www.davidnalderman.blogspot.com/2012/11/fall-project-goals.html.

Right now I'm in the middle of formatting the novel for paperback, and my plan is to order the initial proof copy early next week. It's a bittersweet process ending a series like this, but at the same time I'm excited because it opens the doors and frees me up to start working on the bridge novella between the Black Earth and Expired Reality series - which coincidentally is my NaNoWriMo project this year!

This means it's time to show off a sneak peek at some of the cover design... 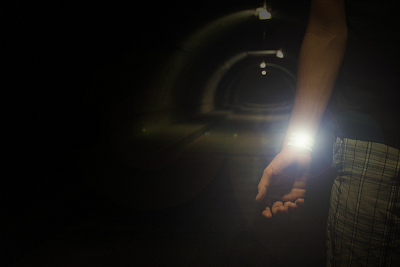 My editor's son modeled for the pic, and we took it in a tunnel that runs under the street near where I live. My wife added the glow effects and edited the pic to make it a little darker so the fonts for the main title will show up well enough when I add them.

If you're wondering what the glowing wrist is all about, you'll have to read the book. I will give this hint though - if you're a loyal reader of my Black Earth series, then you know that President Stone initiated a mandatory bar code tattoo on everyone living within the sanctuary zones. The glowing mark on the wrist is the opposite of that. Cryptic, I know, but you'll find out what it all means soon enough. 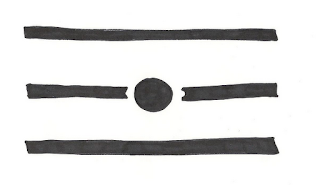 I even did a bit of sketching to come up with the mark. There's symbolism behind it, but to give that away at this point would require me to reveal exactly what the mark is all about.