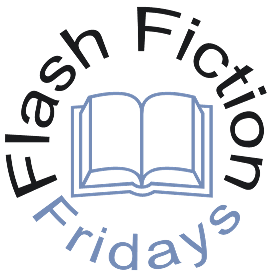 Avalanche
I put the last piece of bark meat in my mouth, savoring the smoky flavor before chewing and swallowing what may be the last piece of food I eat in this frozen wasteland. I enjoy my meal though as I stare out on the blizzard that is quickly making its way toward me, expelling curtains of snow a half mile from where I sit. Very light flurries of snow, white and blue – the color of the pixel blood that comes with a storm like this – dust my cooking stones, slowly putting out the fire I worked so hard to build.

I stand up and stare out on the coming blizzard some more, unconvinced that it will pass by me as my oracle suggests it will. The storm is headed straight toward me, and it only seems appropriate that it would strike me head on seeing as my supplies have run exhausted, my energy has nearly run out, and my clothes have run their course. Looking down at my tattered pants, I can see how white my skin has started to turn in the peekaboos of the heavy denim. I don’t even know what I will sleep in tonight. The long johns I have been using to keep me warm are at the end of their time. The thread has come loose and most of the fabric has unraveled. Blue pixel blood marks where the thorn bushes brushed across me while I travailed the wilderness last week.

I watch the snow come down in a curtain of white, leaving me to wonder if this really will be my last day here in Crystbeck. I have hated this horrible wilderness since I was banished here months ago. Most die within the first few days of being exposed to such brutal cold and unrelenting weather. Little did the Council know that I was raised in wilderness survival – especially in this type of climate. Unfortunately, even though I’ve bought myself a couple of months in this terrain, I still have yet to find the entrance to the Sacred City beyond this. I’ve even entertained thoughts of flagging down pilgrims who are in the midst of their journeys to the Sacred City, but I haven’t seen a single one since being banished here.

So maybe this is where I’ll die.

I pick up my cooking stones and carry them inside the shallow cave, placing them next to the pots and pans I haven’t used since last week. The blizzard is sure to destroy me by the morning. I have no more materials to make another fire. No more food to keep from going hungry. No more arrows to be successful in hunting. Everything is used up or useless.

The snow flurries make their way into my cave, forceful and without manners. The blizzard is dangerously close now. I will not bother trying to fortify my cave against it. It takes hours for me to move the boulders in front of the entrance, and I only just saw the blizzard while I was eating my last piece of bark steak.
The only thing I can do, the only action I am able to take is to wrap myself in my bark blanket and slide myself within the sleeping bag I serendipitously managed to find on one of my hunting excursions. I bundle myself in at the very back of the cave, watching the blizzard move closer and closer to the entrance.

Minutes later, the white curtain finally drapes over the entrance to the cave. I close my eyes, proud of the actions I took to get myself exiled. The world will be a slightly better place because of me. I made a change to things, and that change will resonate throughout future generations. I may not be around to see those changes, but at least I’ll die knowing I was responsible for them.

A thunderous boom shakes the air. I open my eyes to see rubble crumbling down over the cave entrance, blocking the white light that had at all times of the day pierced my eyes with its harsh illumination. Within seconds, the entire front entrance to the cave is blocked by dark-colored rock, all of which had somehow careened down from the mountaintop above me.

An avalanche. The rock will keep me safe and warm from the blizzard, but now I will die from hunger and lack of oxygen instead of the cold.

How ironic.
Posted by Unknown at 7:30 AM

__Hello, Mr. Alderman. I’m told a critique ought to be structured like a sandwich or hamburger—no toppings.

__The bottom piece of bread represents applause, or something the writer did well, like, your ability to bring readers into a fantasy/sci-fi setting. Despite knowing you write speculative fiction, I always default to putting characters in the 21st century present. You have a way of getting key phrases in your narration early—“bark meat”, “the color of pixel blood”—that signal me to suspend normal reasoning capability. Wherever your setting is it’s not in my hometown so, I shouldn't be wondering why the main character doesn't just use the weather app on his/her phone to avoid the oncoming blizzard!

__Meat. I have a tendency to put too much on sandwiches. Others do too, I’m sure. What should the author work on? It’s a question as opposed to the statement: here’s what I didn't like. Constructive criticism—heard that one too. Is it fair to state that there wasn't a plot to this story? It’s a flash fiction piece. Yes, I see that, but that doesn't mean it should be without a conflict. The main character’s inner thoughts were the focus and they progressed like this: “what may be the last piece of food I eat”, to “maybe this is where I’ll die”, to “now I will die from hunger and lack of oxygen”. The narrator is proud of the actions he/she took to get exiled, but what were they? I suppose that’s where the conflict—resolved or unresolved—should have been, but there are no details about his/her actions or beliefs that cause me to care about the conclusion the main character reaches. Is this a philosopher? A lesbian? A high school science teacher? A dictator? A professional athlete?

__Take the top piece of bread and round things out. Perhaps with another compliment, like, good job using the word 'serendipitously' in your story thus expanding my vocabulary; or, an encouragement, like, read more flash fiction—not suggesting that you don’t already. Here’s a book I found at the library that helped me: “The Rose Metal Press Field Guide to Writing Flash Fiction” by Tara L. Masih.

__I’m full of anticipation for your next mindshare on Christian fiction. You might try taking a subject you've already blogged about and infusing it with your updated perspective. You can link the posts together and create a circulation of interest in your viewpoint. You have so many posts! Once a new one is published, it’s like the old one gets sent away, buried in an avalanche somewhere with none to seek it out.

J.H., thank you so much for taking the time to read more of my work. The Flash Fiction Fridays have more or less been a mixture of a couple of different things. Sometime, the pieces turn into complete stories, other times they turn into character sketches or drafts for bigger stories I can write later on. I'm trying to veer closer and closer to sketching out somewhat complete stories, and I'll definitely check out that book that you referenced, as I'm still a little green to the whole Flash Fiction scene.

Look for more indepth posts from me starting next week. :)