Since I've been in the midst of edits for The LZR Project episodes, I figured I'd tinker with the cover design and make sure its something I can be proud of since this series is going to be running nearly ten months once it gets started. While I liked the original cover design.... 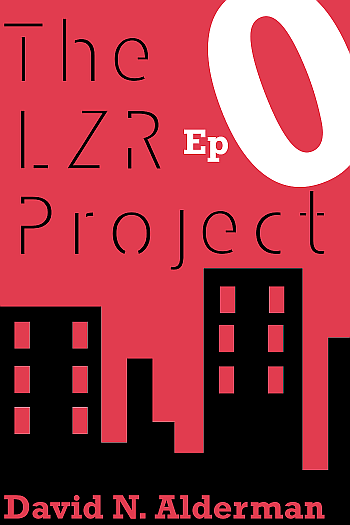 ...I realized that I've had a more colorful cover in my arsenal the entire time. My good friend, Jelani, actually created new covers for my two Expired Reality novels (Endangered Memories and Lost Birth) a little while ago, and even though I decided in the end not to use those cover designs, I realized the cityscape backdrop that he created is perfect for The LZR Project.

So, here's what I came up with so far. There's still some alignment tweaks I'll need to make, but overall this is what the actual cover design for each episode of The LZR Project will look like... 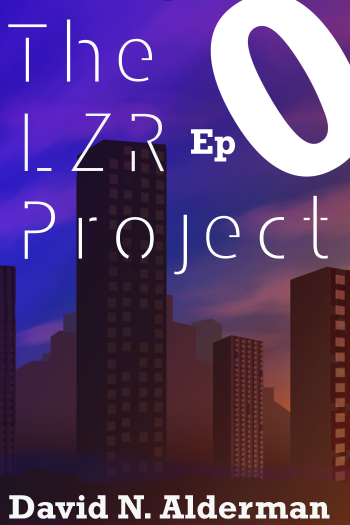 The second one is far better and attracts you to the cover. I am not sure about the big O. I find that a bit distracting and looks out of place. What was your reason for this big O?

Peter, that's actually a zero, and that is where each of the episode numbers will go. I still need to adjust some of the positioning before the series actually goes live. Thanks for checking it out!