Aside from writing, self-publishing and reading - and everything that goes along with all of that - I also love to game. I've been an avid gamer since childhood when I used to play Choplifter on my Commodore 64. I've grown to love RPGs (Role Playing Games) and FPSs (First Person Shooters) the most, but I also don't mind the occasional platform or side-scroller, assuming it's done well.

Seeing how I have so many projects I want to get done this year, I'm forced to limit my game playing each week, meaning I'm going to be pickier with my game choices than I have been in years past. That being said, I still attempt to sneak in a few matches of Half Life 2: Deathmatch on Steam every week - a game I don't think I'll ever get enough of.

Anyway, here's my lineup of games that I'll be playing this year. There are some old school titles thrown in because I've been wanting to beat them, and more games may be added as the year moves along. I do like to peruse Ebay or my local Gamestop for the occasional low-priced gem. 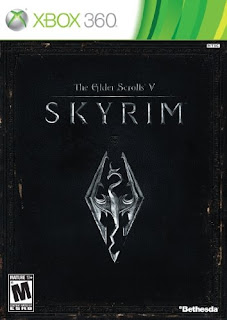 Skyrim (Xbox360)
I received Skyrim for Christmas and have been playing the game ever since. I don't think I'll ever actually 'finish' the game, seeing how massive the world/quest log/character leveling is. Everything I hated about Oblivion was removed or improved upon, and everything I loved about Oblivion and the Elder Scrolls series was polished and upgraded 2500%. I know, crazy! This is probably, easily, at the top of my all-time favorite games list with the original Perfect Dark on the N64 and Half Life 2. 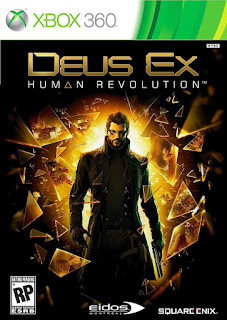 Deus Ex: Human Revolution (Xbox 360)
I played the first two Deus Ex games in the series and was impressed with the first, not so much with the second. The second didn't feel as open-world as the first did nor did it feel like I had as many choices for my character to make. I've heard only good things about Human Revolution, so we'll see. 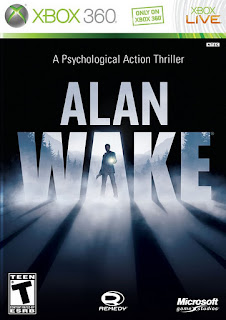 Alan Wake (Xbox360)
I spotted Alan Wake at my local Gamestop a couple times and had to research the plot before I was completely sold on trying it out. Alan Wake, bestselling author, goes on vacation with is wife. Only his wife disappears and his search for her turns up pages from a novel he doesn't remember writing. On top of that, a dark presence begins stalking the town. Um - YEAH! This is definitely a writer's game. I have high hopes for this one. I heard it's really good on story, which will please me immensely. 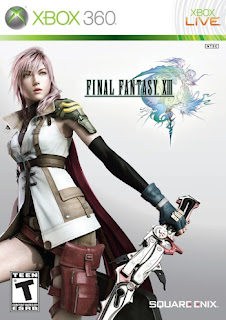 Final Fantasy XIII (Xbox360)
Despite some of the poor reviews it got - mainly because it supposedly takes 3/4 of the game to get out of the linear, chosen path gameplay into the massive world exploration that Final Fantasy's are good for. I've also seen a lot of complaints about a certain annoying character in the game. First off, what video game - we're mainly talking RPGs here - doesn't have at least one annoying character? And it's Final Fantasy, so I'll automatically give it a chance. Just like I did Final Fantasy XII-2. Which was crap. Heavy on the crap. Anyway, I'll let you all know what I think once I get a decent way into this one. 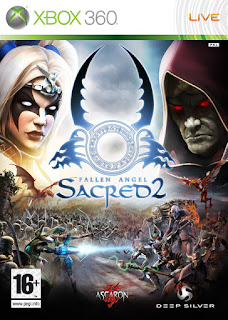 Sacred 2 (Xbox360)
This one got mediocre reviews for a slew of different reasons - glitches, confined character development, forgettable story. But the redeeming comment I heard out of most of the bad reviews was that the game was just plain fun. Fun to kill and fun to loot. Two things I love to do in my video games. I've already been playing this one a bit and I have to say it reminds me of a hybrid between Guild Wars and the old Gauntlet. The old Gauntlet, not the newer crapola. This one's a keeper. 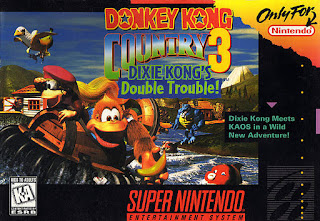 Donkey Kong Country 3: Dixie Kong's Double Trouble! (SNES) Yes, I put an old SNES title on my list. The first Donkey Kong Country broke the barriers of gaming for me. Never before was I so entranced with a game - not to mention it helped to debut the SNES. The second game in the series was just as fun but I never got around to getting my hands on number three....until now. I found a copy at my local used book/game store and had to burn through my store credit to get it. We'll see how this fares with the two icons before it. 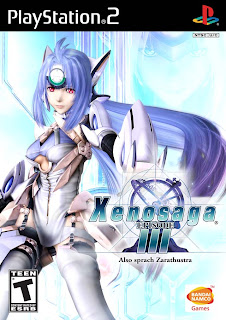 Xenosaga Episode III (PS2)
My younger brother got me this for my birthday last year and I can't wait to play it and see how the Xenosaga series ends. Xenosaga Episode 1 was awesome and a fun game to play through - compelling characters, intriguing (if not complex) storyline, great gameplay. I never got through Xenosaga Episode 2. I sold it on Ebay because it was a giant slab of horse dung that I just couldn't play through despite how badly I wanted to see all of the cut scenes and get a gist for where they were going with the story. I'll just have to catch some videos on YouTube or read the plot summary on Wikipedia, but I never want to see that horrible game again. All the great voice acting from the first game was changed in the second, the great battle system that I had gotten accustomed to in the first game was changed to something horrible in the second, and then they piled on trivial - very trivial - stupid tasks to do to unlock certain weapons/items and I just felt like blowing my brains out at that point. Goodbye Xenosaga Episode 2, you will not be missed. Xenosaga Episode 3, I have high hopes for you so you better come through. 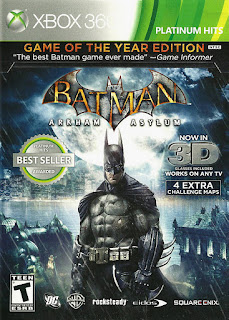 Batman: Arkham Asylum - Game of the Year Edition (Xbox360) To be fair, I tried this game about a year ago and promptly returned it because I didn't care for the over-the-shoulder view. I know, I'm a bit picky about things like that. But after the rave reviews for the sequel, Arkham City, I had to request this game for Christmas so I could start again at the beginning and see what all the real fuss is about. We'll have to see.

Anyone else out there playing any of these? What rating would you give each game and why?
Posted by Unknown at 8:00 AM

DKC 3 will not disappoint. I picked it up for my SNES about six years ago, after having enjoyed the first two years ago. You're going to love it!

I'm sure it's a great one, Nathan. I too loved the first two games in the series.