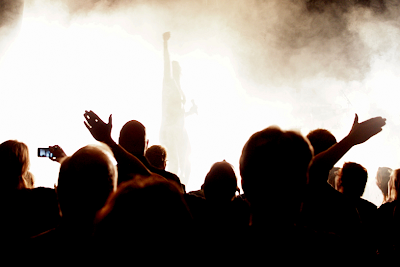 Years ago, in the murky fog of my adolescent years, dreams took root within me. Dreams of a massive writing career that would span the globe with success and influence. I remember watching the success of J.K. Rowling and the Harry Potter series unfold with each novel she put out, and I couldn't help but wonder - if content like the Harry Potter series could impact a generation so heavily, why couldn't work with Christian themes do the same or more? (For the sake of time, we'll disregard the arguments regarding Christian themes apparently found throughout the Harry Potter series.) My question - my desire to see success fall on the side of God - was innocent enough, although probably partly motivated by jealousy for J.K. Rowling, and partly motivated by incredible hope and belief that God could - and would - do the impossible through me and my own writing. At the heart of it, my desire was birthed within the dream that God planted within me - success and influence through my writing. Given by God for God's glory.

Years later, I find myself standing near the end of a long and brutal season. This season has been particularly harsh, with its gale force winds of discipline, its massive rain storms of teaching, and its sometimes blistering cold bouts of desolate financial and provisional status. To sum it up would be to call it a season of sacrifice and obedience.

The beginning of this season had God placing a promise within me, whispering in my ear that the dead-end job I had walked into back in 2007 would be the last 9-5 job I would work until my writing took off well enough to pay the bills. Little did I understand the context of that promise. In 2009 I was wrongfully fired from that job. But I remembered God's promise, and my wife and I walked out the next stage of our season by living off of my wife's income, which was $9/hour for 27 hours a week. Our bills came to significantly more than our income - in fact each month for two years we had a $300-$600 deficit.

But we held onto God's promise.

And for two years, God covered the deficit. One month, the church helped us out. Other months, friends and family stepped in. One month, we found money on the ground - just enough to cover the bills. Another month, money miraculously appeared in our bank account - just enough to cover the bills. One month, my wife and I heard the same message from God but interpreted it differently and came to a point where we received an eviction warning from our apartment complex - but then we realized our mistake, came together on the same page, and found where God's provision was the whole time.

We came out of that two year period with so much blessing -  in the form of stronger discernment, a healthier relationship with God and each other, and a greater understanding of God's love for us. We learned how better to manage money, how to give until it hurt, and how to focus on things more important than money - like friendships and our God-given purpose in this life.

Once we entered our third year of this season, we still hadn't seen the fulfillment of God's specific promise of my writing taking off, but we continued to hold onto His word, knowing that the promise would be fulfilled in God's timing. One of His other promises had already been fulfilled by this point with the birth of my son, Nolan. Then Michal received a raise that put us in the black, breaking barely even with our bills every month. It was a sigh of relief that escaped my lips when this occurred, but I wouldn't be satisfied until God's promise was fulfilled. 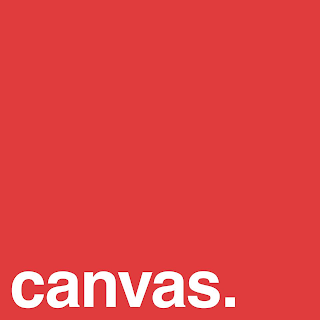 We are now at the 3 1/2 year mark since I was fired, since Michal and I stepped out in faith to call God out on His word. Months ago, we were drawn to a church plant in San Francisco called Canvas. My reluctance to move to San Francisco was only outweighed by my confusion - what would a church plant have to do with the promise God made me so very, very long ago? And why San Francisco?

But now the pieces are falling into place.

I am a firm believer that there is no such thing as coincidence. And this belief has led me to some conclusions about my current walk with God -

It's no coincidence I decided to venture out into a brand new genre I call edgy Christian speculative fiction to reach believers and non-believers alike. This genre - and my writing in general - is PERFECT for reaching San Francisco.

It's no coincidence that my wife and I have had a burning desire to move to California in general for the last 5+ years. I was born in Mountain View, California, and have always considered California my true home. (It also helps that my grandfather lives somewhat close to the city.)

It's no coincidence that we are about to enter a season of blessing and influence while at the same time joining with a fantastic group of believers who are proud to call Canvas their home, and proud to call us family.

There have been nights I have cried, days I've laughed, and moments I've wanted to throw in the towel and give up on this writing dream. We've reached $0 in our bank account many - MANY - times, while also having moments where we've had more than enough to give to others. I can now confidently say - as Paul did - "I know what it is to be in need, and I know what it is to have plenty. I have learned the secret of being content in any and every situation, whether well fed or hungry, whether living in plenty or in want." Philippians 4:12. I have learned what a relationship - a real talking, trusting, confiding relationship with God is like. I know what it is to speak to a mountain and watch God uproot it and move it to the side. I know what a mustard seed of faith looks like and how incredibly difficult it can be to look past the flesh and circumstance to see it. I have learned, in the midst of everything, that God's 90% is better than my 110%.

And now, here at the end of this season, I am worn out, exhausted, exhilarated, and elated. So many emotions, all swirling around the core of faith that has been refined within me all these years. As I close my eyes and listen, I can hear God whispering to my spirit, telling me He is moving, about to fulfill His promise. He is moving ahead of us into San Francisco, getting the Canvas church plant ready to sweep over SF with His love. He is moving behind us, tapping us on the shoulder, reminding of us how far we have come from who we used to be. He is beside us, walking us through each and every single step of faith, from the packing up of our apartment, to the giving away of half of our furniture, to the very end (literally) of our finances.

It's been said to me lately - by a number of different individuals - that our walk of faith, our testimony, our story has all been coming together to craft a monumental stage for God to move on. I couldn't agree more. We are in a perfect position - friends and family are watching with expectant breath, waiting for God to do the miraculous, while our enemies are lying in wait, anticipating that single slip up they think will bring our downfall like a house of cards swept by the wind.

The thing is, my God won't fail me. He is true to His word, and I have seen with my own eyes His mighty hands at work in my life and in the lives of those around me. As I look over my shoulder behind me, I see a very narrow path filled with obedience and sacrifice, tears and laughter, discipline and blessing. All the makings of a grand testimony, a grand story, a grand stage.

And when God finally moves on this stage, when He does come through with His promises, I won't hesitate to move to the side, to give Him room under the spotlight to do what He does best. Because even though I've walked the walked, and talked the talked, this journey - this story - hasn't been about me at all, but about Him and His faithfulness and His love. His love for me, for His creation. This is His story, and I have had the honor of being chosen to take part in it, to walk it out, to write about it.

Keep watching, good friends. You're about to see God move in a way that is unknown in our times...
Posted by Unknown at 8:11 PM