An Introduction to Carrie Green

With the first three novels in my upcoming young adult series, Expired Reality, debuting this summer, I figured I'd start introducing everyone to some of the characters from the series. Some of these characters have been near and dear to my heart since I was twelve, when I just started writing fiction. Some of them are inspired by people who were great friends of mine and some of them came from the deepest nooks of my imagination.

I'll start out the introductions with Carrie Green, one of the main characters of my series, and one of my favorite. 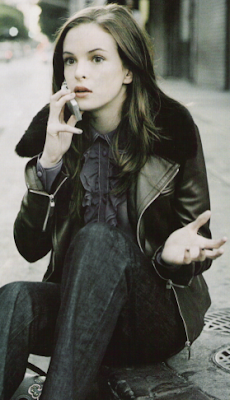 Childhood friend of Veronica Amorou, and the on again, off again object of David Corbin's affection,Carrie is a strong-willed advocate of environmental soundness, and non-violent means of stopping crime. In junior high, she voluntarily recruited herself to join David in his epic quest to stop the criminals of Anaisha, helping form the heroic group known as the Lazerblades, which Veronica and Veronica's brother, Sean, ultimately joined as well.

During the adventures Carrie shared with her friends, she quickly developed feelings for David Corbin. However, any time she attempted to reveal those feelings toward him, unfortunate circumstances would play out. Over the years, Carrie learned to confide about her love for David in Veronica, and to hold out patiently for the day that her and David would be able to be together as a couple.

Taking on the task of saving the world, Carrie always had issues juggling her adventurous feats, schoolwork, and the turbulent relationship with her mother. Carrie’s mother became increasingly persistent in voicing her desires for Carrie to make something of her life - something more than running around the world with David and her friends to do what the police were fully capable of doing. Her mother's hatred for David came out in constant tongue lashings and violent argumentative explosions.

As soon as high school was over with, and most of the major criminals of the world were stopped, Carrie found herself  in a final fiery dispute with her mother about the direction her life was going. This, along with David's poor timing in finally telling her that he loved her, prompted Carrie to vanish without a word of where she was going. All that was left behind was a note telling her friends she needed some time to herself.

At the beginning of Endangered Memories, the first book in the Expired Reality series, Carrie is living in South Ryshard, about to marry Jerad Montlier, one of the richest men in Anaisha. The only problem is Carrie has no memory of her past, and when a mysterious diary crosses her path, she's forced to dig up the memories she thought lost forever and battle against those who wish she'd never remember.

Look for more of Carrie in Endangered Memories this coming June. I also have a post I wrote detailing how I came about creating Carrie's wedding dress for the book. You can check it out here - http://abrokenreality.blogspot.com/2011/02/carrie-greens-wedding-dress.html.
Posted by Unknown at 8:41 AM

Okay, I love the fact that there is a Veronica and a Sean in your series. Mainly because that's my and my sister's names!

Thanks, Sean. Those character names have been with me since I was twelve, so it's kind of neat that they match your name and the name of your sister. :D