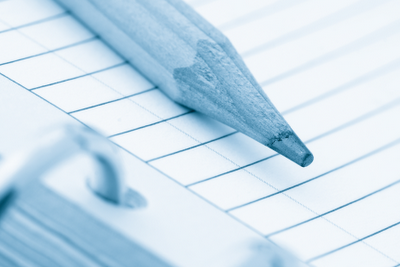 As I write my novels, I'm really not one to outline. I don't really care for the structure, nor do I like trying to guess what my characters are going to end up doing. We all know they do whatever they want regardless of our own intentions as their writer, and trying to outline their actions ahead of time just feels like a wasted effort.

Usually I just plow through a story, writing as my muse - and my characters - direct me. The only thing I ever nail down before a book is barely started is the ending. That's right, I usually have the ending to the book already figured out before I even get part way into the manuscript.

Not this time though. While working on Dark Horizons - the third volume in my upcoming young adult series - the other day,  I realized I have absolutely no clue where this story is going. I know where I want to be a few books down the road in this series, but I have no idea how this book is going to end or how I'm even going to get to that endpoint.

Because of this quandary, I've taken it upon myself to sit down and start sketching out the chapters, trying to figure out what characters I need to cover - there are a lot - and what plot points I need and want to write through. As this series is set to run at the very least twelve volumes, I need to have a bit more structure in regards to the direction I'm heading in.

When it came to the first book in this series, it was easy to run rampant and let the story go wherever I wanted it to. When the second book came through the pipeline, I found it a bit more challenging to just write whatever I felt like writing at the time, but I still managed to fit all the pieces together. Now that I'm in the third volume in this series, I don't have a choice but to map out the direction I'm heading in, especially since most of the story is pulling from the direction I started in during the first two volumes.

And, since I have only given myself about four more weeks to finish this manuscript, I decided I'm going to apply the NanoWrimo (National Novel Writing Month) technique to my writing regime. I'm setting a personal goal of 7,000 fresh words that need to be written per day, seeing how most of this draft which started out as a 50,000 word NanoWrimo manuscript needs to be rewritten anyway.
Posted by Unknown at 9:29 AM

I'm in somewhat of a delema as you, I'm on my third book. However, I knew what the ending would have to be. It's just getting there. But I'm just like you, I don't make outlines. Possibly, if you come up with ideas of what you want to happen in scenes, just write them out on either note cards or paper, and as you see the things coming about you put them where they would go. Even if you have to rearrange them, that's okay. Or just discard them. It saves in the writing.

Don't know if this will help you.

Good post. I have had to adapt my process quite a bit between an initial novel and the sequel I am working on now. Twelve volumes! Whew- you are going to be laying out some serious planning unless they are serials :) Glad to hear that you are a shoot from the hip writer, though. I strongly prefer that style as a reader.

Lorelei, I usually do the notecard thing after I have my scenes written out. Having the notecards out in front of me helps me rearrange the scenes accordingly. I usually know the ending of my books before anything else, which is weird, but like you said, it just becomes a matter of getting there. Thanks for the tip. :D

Thanks, B. I am hoping the series runs 12, maybe even more. I figure I'll end up throwing some short stories and novellas in there while I'm at it as well. :D