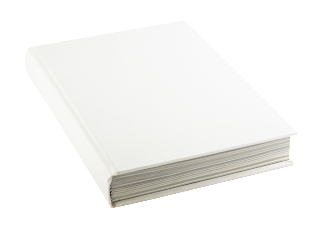 As much as I absolutely love writing, there are times I don't mind plunging into the design aspects of self-publishing. This includes anything spanning web design, blog design, and cover design. So now that I'm closing in on finishing the Black Earth series - more specifically the third and fourth books - I am looking forward to staring the cover design process for Dark Masquerade, the third book in the series.

About a year ago, I thought I knew what I wanted the cover to look like. That was when the book was tentatively titled Black Earth: The Dark Lighthouse. My plan was to have a dark silhouette of a lighthouse spreading the 'dark light' across the landscape. But as I toiled with the storyline of The Dark Lighthouse, it became clear to me that the title was all wrong. Even though there are mentions of the lighthouses in book 3, they aren't an extremely prominent theme throughout the book.

And then came a scene that had prisoners of Legion - now being used as pawns in a sinister game - crawling out a dark vortex, their faces covered by masquerade masks made of Legion's shimmering black rock. And then came the President's dark adviser, an uncanny supernatural character who pulls the strings and manipulates the President into making detrimental decisions, destroying the United States in the process. And then came a traitor -

So no more lighthouses in the title, or on the cover. Now I need to find a good design that incorporates a masquerade mask that resembles the Legion masks referenced in Dark Masquerade. That shouldn't be too hard. My wife and I already have some ideas, and we'll be making a trip to Michael's craft store to see what we can find for the photography.

Of course, I want to keep with the cover theme that's been running through the series thus far. 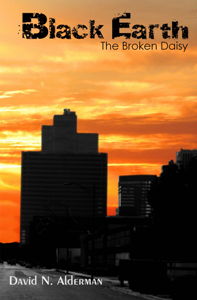 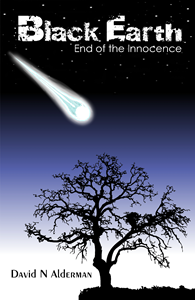 End of the Innocence, book 1 in the series, was put together with various photographs that my wife took, including the stars in the skyline and the silhouetted tree, which my good friend Jelani Parham helped put on an invisible background. The shooting star was just a simple piece of clipart which Jelani added a nice glow to. And for anybody wondering, the Black Earth font is called Soul Mission and can be found here.

For The Broken Daisy, book 2, my wife took some pictures of downtown Phoenix- yes, the silhouetted buildings on the front are in Phoenix, even though about half the book takes place in Tucson and the other half in Los Angeles. The orange sky is actually another photograph my wife took.

Dark Masquerade's cover will be in silhouette form as well, although we're still trying to figure out what to use as a background once we finally get a nice pic of a masquerade mask. We already know we don't want to use a human model with a mask. The Black Earth covers have a very solitary look to them, lacking people or animals, and it's done that way on purpose since the stories are somewhat post and pre apocalyptic in nature.

I'll keep all of you up to date on the step-by-step process of cover creation as I move through it. I will also be overlapping the cover design for the fourth - and final - book in the series, Bridge to Anaisha, although we have no idea what we want for that cover yet.
Posted by Unknown at 9:39 AM

I really love how you and your wife are such a team! I didn't know these were actual photographs. Your wife is very talented. ^_^

Thanks! :) There's no way I could do these without her.