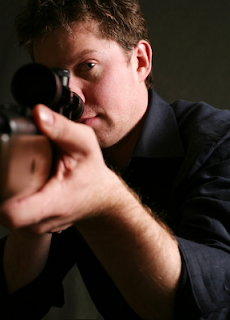 Last week I gave you a glimpse into the character of Cynthia Ruin – The Pink Rabbit – and we took a look at how sexual content, if used properly, can benefit Christian fiction.

Alpha 1 – or rather Thomas Black (his birth name) – is one of the most violent characters ever to grace the pages of my fiction. I remember cringing during the very act of writing some of his scenes, especially in the beginning of End of the Innocence, the first book in the Black Earth series.

Thomas’s story begins on the streets of Chicago, when he was ten and was forced to watch his mother die in the torturing hands of a serial killer. When Thomas was thirteen, he walked in on his father committing suicide. After receiving counseling for his childhood atrocities, Thomas was then sent to live with his uncle in New York city, with whom he received home schooling.

Thomas soon discovered that his uncle was the leader of a clandestine mercenary group known as the Alpha Team. He learned the Alpha Team had been around for hundreds of years, working in the shadows and accomplishing tasks that the government, other mercenary groups, and even military leaders of other countries couldn’t accomplish. 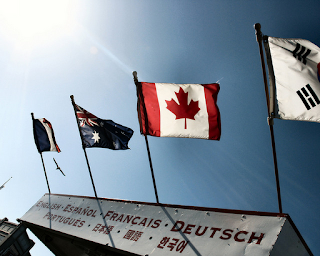 Over the course of his adolescence, Thomas was then trained as a member of the Alpha Team. And at the age of 22, with is uncle dying, he took over as head of the group and received the title of Alpha 1. Fueled by hatred for humanity, Alpha 1 led hundreds of successful missions which ultimately changed the course of the United States and even the world. Most of these missions entailed simple thievery or sabotage, but during the majority of them Alpha 1 took the opportunity to kill, and he killed without emotion or regret. Innocent bystanders, witnesses, high-ranking officials and the peon assistants to those high-ranking officials. As the years went by, Alpha 1 rose in arrogance and malevolence to command the greatest mercenary group mankind never knew about.

In Black Earth: End of the Innocence, Alpha 1 makes his first appearance by wiping out an entire church camp in a swarm of gunfire. A violent scene which didn’t exactly agree with some of my readers, but one that I felt needed to be written for many different reasons: to show the evil that truly exists in this world, to reveal some of the cruel and bizarre personality of Alpha 1, and to create a crisis which eventually serves to showcase other characters.

Alpha 1 is the epitome of evil, and yet there is mystery surrounding his behavior. He kills, yet when he is finished killing, he takes time to dig a pit, burn the bodies, and stack the victim’s clothing neatly near the pit, as if he has respect for those he has destroyed. Some would easily assume that money is what fuels Alpha 1’s killing habits, but he seems to have a sense of purpose as well. To accomplish the tasks he and his Alpha Team have been given becomes priority each and every time.

Thomas Black‘s behavior could very easily be traced back to the events he witnessed as a child with the death of his parents, but also seems to have roots in the necessity of control. He watched his mother be tortured and killed by a serial killer and his father take the ‘easy’ way out through suicide. Thomas is filled with a bitter root in regards to the frailty of humanity and seeks to become stronger than that frailty, even going so far as to kill other Alpha Team members who are no longer able to contribute adequately to the goals of the rest of the team. 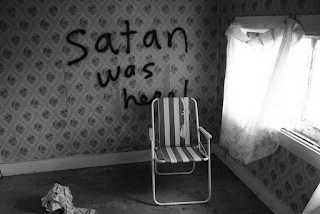 Thomas is another broken character in a long line of broken characters who run the gambit in my Black Earth series. One who needs salvation, one who needs severe adjustment to his outlook on life and the value of life. Through the series, you see glimpses of Alpha 1’s hatred toward God – both with his attitude toward the Bible and the narrator’s indication that the Devil is who sent Thomas Black to perform the heinous actions at the church camp.

Where will the Black Earth series take Thomas Black – Alpha 1? Only time will tell.

This Wednesday we’ll take a look at the theme of violence in the Black Earth series and how violence can serve a purpose in any fiction, especially Christian fiction. On Friday, Alpha 1’s character profile will be added to the Compendium on the official website, and next week we’ll take a look at Daisy Pierce and the theme of true faith in Christian fiction.
Posted by Unknown at 8:00 AM