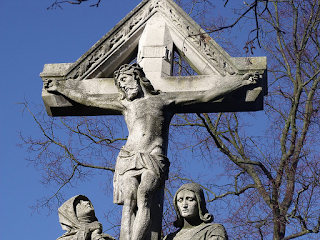 On Monday I shared some background to another of my Black Earth characters – Pearl – an immortal girl intent on ending her life in the beginning of End of the Innocence. Her story is an interesting one because it brings up the topic of this post – inherited religion.

In the series, we find out that Pearl was crafted in the Depths, an extension of Hell. Her mother, Evanescence, created Pearl and attempted to set within her a purpose for destruction. Evanescence attempted to seal Pearl’s fate by marking her with a black key mark – which would later unlock all sorts of trouble – and assumed that Pearl was destined for the purposes of Hell simply because Pearl was born in Hell.

The idea that one can be born in Hell is a controversial one to say the least, especially in Christian fiction, but this IS fiction we are talking about here, and Pearl’s birth story sets the stage for the rest of her place in the Black Earth series. At first, Pearl attempts to kill herself because she knows she has been created for an evil purpose. She wants nothing to do with Earth’s destruction and so she decides to take herself out of the picture and go home – to Heaven – to be with her father, God.

Pearl is an interesting character because she was born in Hell, yet she knows God. God has called her as His child, even though her body was formed by Evanescence – Queen of the Depths – and cared for by the denizens of Hell. Even though Pearl was born into atrocity, she knows she is not bound by it. And so she decides to follow her own path and find a destiny worth living for.

In general, the term inherited religion refers to religious beliefs and customs passed on through family, such as Christianity, Catholicism, Mormonism, etc. Pearl’s origins reflect inherited religion because Hell is something she was born into, yet when she begins to question her purpose, she finds there are other roads that truly exist, regardless of what Evanescence tries to convince her of.

Most children are raised in this inherited religion, and most don’t usually question the beliefs or reasons for such religious practices or beliefs. One problem I have seen within the Christian community, is that certain Christians don’t want other Christians to question Christian beliefs, for fear if one questions Christianity and realizes it is not for them, that they will turn from the faith and follow an undesired path. 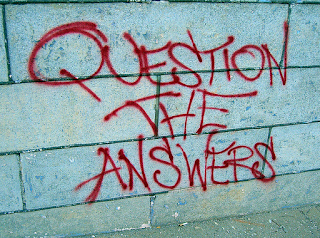 I would argue in favor of the opposite. Questioning your beliefs is probably the best thing you can do in your life, especially if you’ve been raised to adapt your belief system to those around you, i.e. family. Just because you’ve been raised in a Mormon, Christian, Atheist, or Pagan household doesn’t mean you shouldn’t take the opportunity to sit down, do some research, and study the beliefs behind these religions (or lack thereof) to see if you truly believe what they believe. Yes, I’m saying this about Christianity as well.

Too many Christians nowadays scoff at the fact that other Christians want to question everything under the sun in regards to the Christian faith, the Bible, and Jesus Christ. Did he really die on the cross for our sins? How old is Earth, really? What does the Bible say about finances, sex, hate? As children, we question everything, and sometimes our parents give us half-hearted answers either because we won’t completely understand the truth behind something yet, or that our parents are simply lazy and don’t want us questioning the foundations of the family environment.

When asked why the family goes to church or believes in God or celebrates Christmas, many parents opt for the “because we always have” approach. This is detrimental. What ends up happening is children grow up and eventually wander out into the ‘real’ world with no foundation to their faith. They stumble into the wrong crowd, happen upon the wrong things, and they have no Biblical or faith-based backing to fall on. They just have “because we always have” to lean on, and that is about as flimsy as a house of cards in a hurricane.

Many Christians don’t approach these matters in Christian fiction. It seems taboo to venture down the road of questioning because we fear we’ll stray from God if we find answers we don’t really want. But if those of us who are grounded in our faith truly believe that God is real and the Bible truth, than what do we have to fear if a loved one wants to know more about why we believe what we believe? Are we afraid they will find out Christianity is all a scam, a crafty device created by man to trick the world? Instead of smothering our friends and family with fear and doubt, we should be sitting them down and offering to answer any questions they have to the best of our ability. And if we can’t answer them, find someone who can. Or simply lead them to God and believe He will answer their questions. 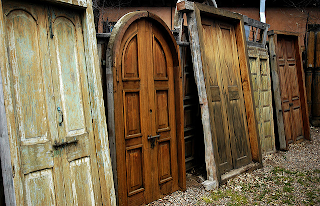 Fiction is a wonderful vehicle for venturing down these paths. Fiction can ask the hard questions and set the stage to answer them in a meaningful way. Fiction can open doors to discussion in regards to inherited religion.

Next week we’ll take a good look at the character of Ryan Anderson, and explore the theme of betrayal in Christian fiction.
Posted by Unknown at 8:00 AM