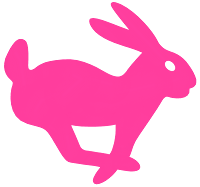 This week starts my lengthy blog series that will explore the various characters and themes found in my Black Earth novels. My intention is to tie specific characters with the themes they embody, and to discuss how these themes can be used successfully in Christian fiction.

So without further ado, here’s a bit about…

Cynthia Scarlet Ruin. Known as Sin on her bad days. Known as the Pink Rabbit on her worst.

She is by far one of the most broken characters I have ever had the bittersweet experience of creating. The act of forming Cynthia’s character was the turning point for me in my writing endeavors, helping me to break out of my conventional boundaries and write outside of the box – especially the box that ‘Christian fiction’ attempted to put me in. 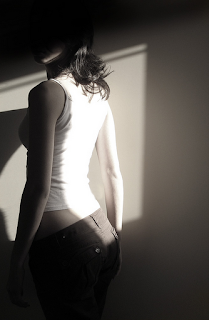 In the series, Cynthia is a teenager who has an uncontrolled sexual compulsion, a father who is never home, and a mother who sexually entertains many strange men under the Ruin roof. With a desire to make a name for herself, Cynthia created the persona of the Pink Rabbit – a female sex goddess who would do anything (sexually) with anyone (girls and guys) in order to gain reputation and status. Those who partook of the Pink Rabbit’s services were stamped with the symbol of Cynthia’s deeds – a pink rabbit. As word spread throughout Cynthia's school – and even into the church Cynthia’s mother volunteered as a youth leader in – Cynthia’s sexual icon grew in popularity with the students. She also grew in disgust with the faculty and parents who soon caught on to this demon woman who was turning the locations she traversed into makeshift brothels.

When I created Cynthia, I had no idea how important of a character she would eventually develop into. Her creation stemmed from a toxic relationship I had in my own past, a manipulative woman who was at the same time both ignorant to her behavior and extremely manipulative with it. At first my intention was to craft Cynthia into a side character who had little impact on the novel except to display a broken presence around the main protagonist of the series, Nathan Pierce. But it quickly became evident to me that Cynthia wasn’t going to be satisfied with a minor roll, and as Black Earth: End of the Innocence opened up, Cynthia pulled me straight into one of the most challenging scenes I have ever had to pen – her rape scene on the night of her high school graduation.

Writing a rape scene changed me as a writer because it allowed me to break the chains of my restricted writing conventions. Up until the Black Earth series, I had only written young adult fiction, and the young adult fiction I wrote was fairly clean cut and age-appropriate, especially in terms of sexual content. Black Earth allowed me to push past this limitation and explore the paths my characters were trying to reveal to me, even if they were paths that I was under the impression weren’t ‘appropriate’ to be written, especially in fiction that had Christian themes in it. 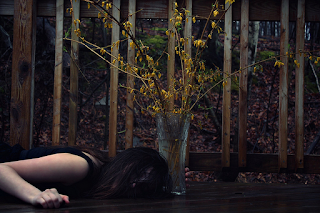 From the rape scene onward, Cynthia quickly became a major player in the series. Throughout the majority of the Black Earth novels, Cynthia struggles immensely with her sexual vices. When it is clear that the world is ending - and especially when she receives life-changing news at the end of Black Earth: End of the Innocence - Cynthia makes a firm decision to turn her life around. But it’s not easy to simply walk away from a life of sexual debauchery, especially since it ensconced her through a good portion of her adolescence. What makes the task harder is doing it without the help of God or friends. Rejecting God throughout the majority of the series, Cynthia attempts to turn a life of Sin into a life worth redemption, but constantly fails and ends up manipulating and hurting those around her.

Many of Cynthia’s scenes are written to detail the inner turmoil she struggles with in regards to the events surrounding her, the past she is trying to both evade and embrace, and the tumultuous relationship with her family. She is a character the reader’s heart breaks for, even if on the surface it doesn’t seem like Cynthia should be receiving any sort of sympathy. 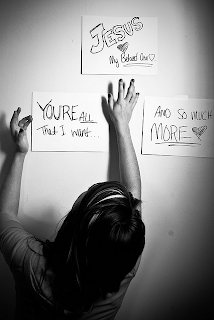 Cynthia proves to show that there is something broken in each of us, and the majority of our lives are spent trying to fix that broken thing – whether it be sexual demons, drug addictions, or the multitude of other enemies - both physical and spiritual - we fight against every day. All we’re really looking for is hope. We search for that one individual or deity or entity that can piece us back together, to make us whole. Cynthia’s broken life stands to reveal to us our own broken nature and the need for a savior.

She is why sexual content can survive and thrive in Christian fiction, even Christian science fiction/fantasy, because she mirrors so much of ourselves and those around us.

To this day, Cynthia continues to be a favorite character among most fans. As the Black Earth novel series comes to a close later this year with Black Earth: Bridge to Anaisha, where will we find Cynthia? Will she ever find redemption?

On Friday, Cynthia’s character profile will be added to the Compendium on the official website. And next week we’ll be exploring the character of Alpha 1, a sadistic mercenary who is a demon if one ever walked the earth. We’ll also be exploring the theme of violence in the Black Earth series and how the theme can be used in Christian fiction.
Posted by Unknown at 8:00 AM