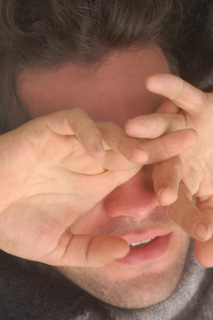 So I've been a little MIA from the social networks this last week. It's because I've been pouring myself into my latest novel, Black Earth: Dark Masquerade, getting it prepped to hand off to my editor next Thursday. I've been pulling late nights, surviving on coffee and black tea, and taking micro naps wherever I can get them. Although that sounds exhausting, the fact that I'm making progress actually makes it all worth while.

Progress is always good. In the past, I found I sabotaged myself one too many times by inching my way forward with book sales and social networking exposure, only to backslide when I took a few days off and essentially halted my momentum. I cannot stress how important momentum is for this mechanism called self-publishing. Lately, I've been working on becoming a bit more consistent in the many aspects of my writing career - such as the email newsletter, blog postings, and social networking interaction. Although I'm still struggling somewhat with that last one.

I think I may end up pausing my postings of draft excerpts of Dark Masquerade, at least until I've gotten my edits back from my editor. Once I start work on Bridge to Eternity, which I'll be chipping away at almost immediately following my hand off of Dark Masquerade, I will probably pick up the draft excerpt postings again, especially since Bridge to Eternity is set to be the last book in the Black Earth series.

Phew, I get exhausted just talking about all of this. But, hey, I couldn't ask for a more fulfilling career. Writing isn't only what I feel I'm good at, it's also a great passion of mine. When those two go hand in hand, one has the potential to become an unstoppable force.

This unstoppable force is going to go catch a few winks before starting up on Dark Masquerade again.
Posted by Unknown at 8:00 AM