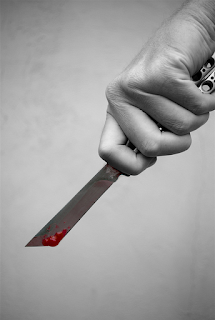 On Wednesday I shared some background to another of my Black Earth characters – Ryan Anderson – a dangerous fair-weather friend. His story centers around the very topic of today’s post – betrayal.

The Bible itself is filled with the theme of betrayal. Satan betrayed God. Cain betrayed Abel. Saul betrayed David. Judas betrayed Jesus. And betrayal can have many motives behind it – money, jealousy, pride. Betrayal can be so powerful that it instills suspicion and distrust between the closest of friends and the tightest of families.

I’ve had many times in my own life when I’ve been stung by betrayal. As humans, I think it is in our nature to want to trust others, our godly nature to think the best of others. But the first time we’re burned or taken advantage of or humiliated by those we trusted, we immediately start putting up defenses. And the more times we’re betrayed, the thicker and higher the defenses become, preventing anyone, even loved ones, from getting close to us.

Betrayal can significantly impact Christian fiction because in some ways, it is itself a villain. It manipulates its victims and tempts them to turn on those they love. Betrayal stabs friends in the back, murders parents, pulls the rug out from under those that trust the one carrying betrayal’s nasty trait. It can be used as a wonderful vehicle for turning another character into a villain, or it can be used to simply destroy one of the protagonists. 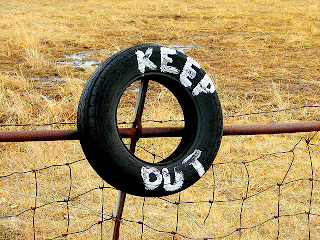 Betrayal is something we can all relate to, and by implementing it in our stories of redemption (or stories that lack redemption), we can show how negative the impact of betrayal can actually be. But at the same time, by showing betrayal, we can also show how one can cope with betrayal. There are many people in our lives – either within close proximity or simply acquaintances we see on occasion – who have bitter roots within them because they were at one point in their life betrayed by those they trusted. It could have been the spouse they gave their heart to, the company they dedicated years to, or even the best friend who they thought would always be at their side. Many people don’t let go of this betrayal, and they end up hating anyone who tries to get close to them.

The best thing to flush out betrayal in a story is conflict. It is during conflict – especially immense conflict – that friends and family show their true colors, and the fresh soil for betrayal is set and watered.

This Friday, Ryan Anderson’s character profile will be added to the Compendium. Next week I'll be taking a break from this series to post about some other things, including an exciting project I've been working on for the past couple weeks. The week after that, we'll pick this series back up and explore more characters from my Black Earth series.
Posted by Unknown at 8:00 AM