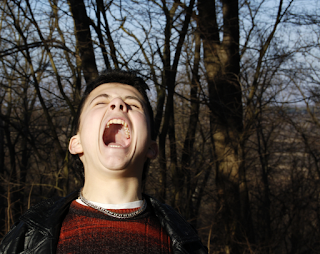 Last week I gave you a glimpse into the immortal Princess of the Depths, Pearl, and we took a look at how inherited religion can be used to open up all sorts of doors in Christian fiction.

This week we’ll take a look into the character of Ryan Anderson, a fair-weather friend who is much more dangerous than meets the eye, and how betrayal can be used as a powerful theme in Christian fiction.

Ryan’s childhood was a strange menagerie of religious dysfunctional and oddity. His mother was in involved in a cult – The Black Earth – and his father was an alcoholic atheist. The personality differences that his parents had constantly clashed, and Ryan was usually in the cross hairs of each – constantly abused by his father, and tortured by his mother’s incoherent chants to gods Ryan had never heard of before.

In order to control something in his world, Ryan latched onto the friendship of Nathan Pierce and Heather Rhodes in the hopes he would be able to pursue a romantic involvement with Heather, who he had an infatuation for. Ryan was blindsided by how quickly his infatuation for Heather grew though, and this obsession led to Ryan betraying Nathan by purchasing a pearl necklace for Heather for her 17th birthday – a gift Ryan knew Nathan was intending on getting her. Nathan and Heather saw through Ryan’s ruse, and they began to withdraw their joint friendship from Ryan.

Feeling a loss of control over the situation, Ryan began acting out his impulsive nature toward Heather, touching her inappropriately and making lewd comments. She eventually threatened him with a restraining order which caused him to back off momentarily. 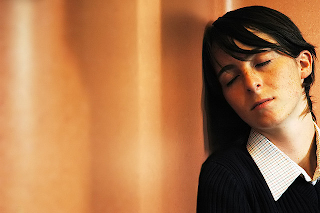 Shortly before the events of Black Earth: End of the Innocence, Ryan witnesses his mother drift into a listless, magical trance. The cause of this is unknown to Ryan, although he assumes The Black Earth cult has something to do with it. His mother begins mumbling in her trance, speaking out events that will supposedly usher in the end of the world. Ryan attempts to bring his mother back to reality, both by speaking with her about things familiar to their family, and by electrocuting her, but none of his methods work, and Ryan is forced to accept the fact that his mother may be lost – at least mentally – indefinitely. Upon seeing his wife in such a ruinous state of being, Ryan’s father up and leaves, tasking Ryan with the welfare of his incoherent parent.

Ryan’s nature of betrayal stems from his desire to only care about one individual – himself. This leads him to pursue Heather in an unhealthy manner, and disregard his friendship with Nathan. But Ryan’s betrayal goes so much deeper than that after the Black Earth series starts out.

On Wednesday we’ll take a look at the theme of betrayal in Christian fiction, and on Friday, Ryan’s character profile will be added to the Compendium.
Posted by Unknown at 8:00 AM