Is It Just Me...Or Is There a Shortage of Christian Fiction Reviewers? 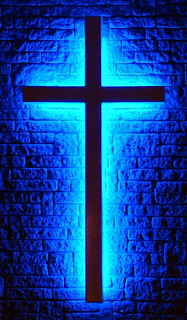 For the past couple weeks now I've been submitting requests to different online reviewers to have my book, Black Earth: End of the Innocence, read and reviewed. My Black Earth series falls into a somewhat specialized genre I like to label: Edgy Christian Speculative Fiction. I think the title says it all, but for those who want a more basic explanation - my work is scifi/fantasy with themes of horror and some Christian themes/symbolism throughout. I know some don't think those genres can work together - in fact some believe they contradict each other - but we'll leave that argument for another blog post.

As far as the reviews go, I've managed to find some great reviewers who are interested in the book and have agreed to read/review it. But in my quest to hunt down review blogs and read through their reviewing policies, I've come across an obscene amount of reviewers with one particular genre on their 'Do Not Read/Review' lists: Christian Fiction.

Now, I'm not naive to the fact that religious fiction isn't everyone's cup of tea. There is a lot of religious fiction out there that doesn't seek to entertain as much as it seeks to prove a religious point or cram a sermon down someone's throat. Even I don't want to read books like that. But I think lately, some religious fiction, especially Christian fiction, is taking a turn toward brighter horizons.

Personally, I've grown to love the writing of Ted Dekker and Tosca Lee. Ted Dekker's Circle series is one of the best Christian fiction series I've read. He incorporates an entertaining story, Christian symbolism, and enough edgy, non-corny content, that I find myself enthralled from cover to cover. Tosca Lee's Havah, even though it is a speculative account of the life of Eve, is well written and entertaining, written in a vein akin to historical fiction. Her book Demon is a great example of what Christian fiction can be when Christian writers step out of our protective shelter and try out new things.

I think it might be the term Christian Fiction that really seems to push some readers back. I think the term evokes a sense of dread that the reader is going to get a sermon wrapped up in a shoddily put together story. I never even labeled my work Christian fiction until I had some reviewers complaining that I wasn't being transparent with my book description and was 'hiding' the fact that my work was Christian fiction, like I was trying to feed them a dish of candy-sprinkled ice cream with some poison hidden in the bottom of the cup.

Why would I hide the fact that my work has Christian themes in it? I'm not in this to be a covert missionary. I just want to write great fiction that contains some Christian themes. Aren't we all as writers told to write what we know? Well, I've been a Christian since I was six years old. I'm 32 now. So yes, Christian elements are going to be found in my writing, but it doesn't mean that I am setting out to convert my readers.

One of the first reviews I received for Black Earth: End of the Innocence was from a woman at the church I used to attend -

"My expectations were blown away when I started reading this book. The story line is absolutely captivating. It is refreshing to read a science fiction book with a christian background that doesn't come off corny. By far this is a must read."

Her and I didn't know each other very well when this review was written, so it's not like she wrote a positive review just because we were good friends. And I was surprised, actually, to get a review like this from a fellow Christian who isn't really into horror - an element found sprinkled throughout my books. The line that stands out in this review is that "it is refreshing to read a science fiction book with a Christian background that doesn't come off corny."

And I think that's the key. Some, if not most, Christian fiction has gotten the rap - both in and out of Christian circles - of being corny. Of preaching Jesus' love to the masses through crappy exposition and silly trite. The quality of some of these stories is watered down and pushed aside to make way for 'the message'. If that's all Christian fiction is going to be about for a writer, maybe they are better off writing Christian non-fiction, like a devotional or something. Sometimes I get the feeling when I hand someone my book, they are looking at it like it's an old Christian tract with a message of Jesus and judgment.

That's why I adapted the term edgy Christian speculative fiction. I want to try and isolate my own writing from others found throughout the genre. I don't want my readers thinking that I have an ulterior motive for writing. I write what I know - or what I pretend to know - and I write what comes to me. I've had Christians in my circle downplay my book as being too violent, too sensual, too scifi. Well, my job as a writer isn't to manipulate the story for my own means. It's to tell the story in all of its glorious, raw beauty. Does my writing show clear signs of Christianity dispersed throughout? Yes. I love themes of redemption and of good battling evil. But I want to write outside the typical Christian fiction box too - to lean more toward getting the real story on the paper while at the same time entertaining my readers.

I do want to give a shout out to those reviewers who have taken a chance on my fiction. You know who you are. And I can completely understand why some just don't want to review Christian fiction. I'm not judging you for it. It just seems the decision to avoid reviewing Christian fiction altogether is becoming more of an epidemic than a style preference. But maybe that's just my imagination...I have been known to have one once in a while.
Posted by Unknown at 8:00 AM

You know, when I read your book, I never considered that it was anything but an interesting looking book and you were an interesting guy. I never even considered my preferences about religious fiction. The only thing I don't review is poetry, literary fiction, erotica, and childrens books below middle school. And even thing I negotiate.

And that's why I like you as a reviewer, Tiffany. ;) You look at a book for it's reading and entertainment value. And I think my reviewer search is going well - all things considered. Maybe I'll have to make a list of reviewers I know review Christian fiction like mine and post it up here. Hmm....

Thanks! A list would probably be very helpful, actually. It'd give you something to consistently turn back to.

Then again, I'm addicted to lists, so my suggestion is definitely biased, lol.

Yeah, I like lists too, I'm just usually too lazy to compile them myself.