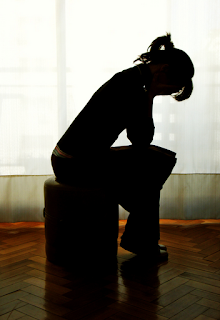 It's Wednesday, which means another excerpt from my draft of Black Earth: Dark Masquerade, the third installment in my edgy Christian speculative fiction series, Black Earth.

This scene finds Nathan Pierce, Macayle Harper, and Pear in a medical clinic somewhere in California. Macayle makes it clear he is distrustful of the vagabond they picked up - Ed, and Pearl has a heart wrenching interaction with Nathan.

And if you want to catch up on the other excerpts I've posted over the last few weeks, here's a handy list -

“I’m not sticking around to see how this all ends.”

“What are you talking about? She said in a half hour a flare is going to go up and we can just follow it to the man who knows where my sister is.”

“Okay. You, me, and Pearl will look for that flare a half hour from now. Right now, we need to get as far away from here as possible. My gut tells me Ed is trouble.”

“We can’t just leave him and Ginger alone. Not with the demon horde scouring the city.”

Macayle turned and pointed at Nathan. “I told you we could get him somewhere where he could get medical attention. That’s this place. He’s all healed up and ready to explore the darkening world…without us.”

Nathan sighed. Macayle had a point about the boy arousing their suspicions. Something about Ed didn’t feel right, but Nathan couldn’t pinpoint what. “Fine. I’ll go get Pearl.”

Macayle nodded. “We’ll tell Ginger she can join us if she wants.”

“Leave Ed here to fend for himself?”

“Everyone is fending for themselves, Nathan. Everyone. He’s no different.”

Nathan made his way to the back room where Pearl was resting and was surprised to find her awake in the dark room, staring out one of the open windows into the residential neighborhood across the street.

She didn’t answer beyond a sigh.

Nathan took a seat next to her and wrapped his arm around her waist. She flinched ever so slightly, causing him to retract his embrace. “Sorry.”

“Where is Serenity and Katt? Where are the others who were in the mall with us? Where are we, and what did I unleash in from that portal?”

“I don’t know where Serenity and Katt are. I’m not sure they’re even alive. And I don’t know where we are beyond that we’re in a medical clinic. That portal your body unlocked…something…people came out of it. People in masks…”

Pearl broke out in tears.

Macayle entered the room, whispering a comment under his breath about it being so dark. “You guys ready?”

Pearl turned toward him. “Ready?”

“Macayle says we should leave. That man who claims he was run over can’t be trusted.”

Pearl sniffled and visibly fought to hold back more tears. “Macayle, can you give us a minute?”

He sighed, loud and obvious. “I’ll give you guys five minutes. After that, we need to leave.”

“You know that I was created by Evanescence, that she’s my mother, right?”

“Stop. I’m not looking for reassurance.” 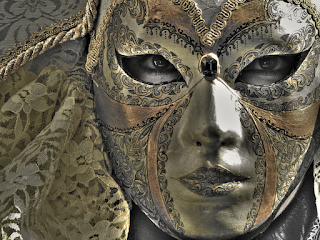 “She claims she created me. Formed me in her womb, like I was some sort of pet project. I was. I was branded with this stupid mark,” Pearl scratched at the birthmark as if it was a lottery ticket. “It’s a part of me, Nathan. Who I am. She created me to be a key to unleash the fury of the Depths upon Earth. And not just Earth…all over the galaxy. She’s still alive, Nathan.” She gazed dreamily out the window. “I can feel her here, and she won’t stop until I do what she created me to do. Stand by her side and wreak destruction upon the universe.

“There’s something else, something I haven’t told you yet. I killed someone, a human, back in Tucson. I killed him in cold blood. Even though he was trying to kill me, it was because I was robbing his house. I didn’t know he was there, I didn’t think anyone was there. But he attacked, and I killed him. And it wasn’t just his murder that bothers me, it’s the pride I felt when I killed him. Pride of being an immortal. Pride of being who I am. I succumbed to that pride and I killed one of your kind, Nathan.” She broke out in tears again.

Nathan took hold of her and rocked her in his arms, wishing he could take away her sins. He couldn’t, but he could tell her he accepted her for who she was and even what she did. He didn’t care that she had killed someone. He just wanted to be with her. To love her. To spend the rest of his days with her.

“The humans you saw…the ones with the masks. They are from Legion’s world.”

Nathan took a moment to let her comment sink in. “Legion’s world?”

“You opened a portal to Legion’s world? I thought your mother…I thought she came from the Depths.”

“She does. But an alliance was created long ago, between Legion and my mother’s throng of evil. The portals my key mark opens…they traverse the space between this world - or any other world in the galaxy - and Legion’s home world. Specifically to the Hopeless Bastille. The place where Legion’s prisoners are held.”

“What ? Legion is taking prisoners?”

She nodded. “Most of the human race is being killed off here on Earth.” Pearl started crying again, this time letting it turn more into a muffled sob. When she finally collected herself, she took a deep breath and continued. “Most humans are killed by Legion. But a decent percentage of them - the ones Legion seeks to enslave - are teleported somehow to Legion’s home world. Not just humans either, but dozens of different species from all over the galaxy.”

Nathan let the information process in his mind for a moment before even trying to respond. Words came to his lips, but he couldn’t speak them before Pearl spoke up more.

“Those people you saw with the masks…they are humans, but not in the form you are used to seeing them in. The masks contain their souls, and the body the masks are on are simple vessels to fight for Legion. The bodies can’t feel pain, but instead distribute the pain into the soul trapped within the mask. If the body is destroyed, the soul will feel pain like you could never even imagine…and will continue to be trapped in the mask.”

“A creature came out of the portal too…”

Pearl nodded, glancing down at the key mark on her thigh. “A Taskmaster. They lead the Masqueraders into battle. When their job is done, the Taskmaster will bring them back to Legion’s home world. Back to the Hopeless Bastille.”

“Why are you necessary for the opening of these portals?”

She shrugged. “I don’t know. Legion may have given my mother a key and she may have set it within me, for safekeeping. I don’t have any idea. Once the portal is opened, it stays open until the Taskmaster brings the Masqueraders back through, then it closes.”

“How do you know all of this?”

“My mother explained all of it to me shortly after I was born. Before I escaped her grasp. I didn’t know exactly who - or what - Legion was when she told me these things. It wasn’t until Phoenix, when I was consumed by Legion and trapped in that awful box, that I realized what you humans were up against.” She pulled down the hem of her dress to cover the birth mark and then looked him straight in the eyes. “My God will save you, Nathan. He won’t abandon the humans to this…to this unholy alliance.”

Nathan nodded, unsure what the right response would be. He did believe God would come through, but he was forced to wonder when. The earth was covered in darkness, people were murdering people because of the lighthouses, and Legion and demons were scouring the land, destroying all human life they came across. Or, now Nathan knew, enslaving human life .

Pearl took a deep breath and straightened up. “We need to find your sister. That’s the most important thing to you right now, and I want to help you. I don’t care if my mother is still alive. She won’t win over me. She won’t force me to unlock these hideous portals.”

She put a finger to his lips. “I love you, Nathan. I love you with everything inside me. The love God gave me for you, the love the Creator gave for a human man, you, is greater than anything else I have ever felt…or known. You are my purpose.” She kissed him madly, passionately, and for a moment, the world stopped and Nathan left the darkness of Earth and rose to the heights of his dreams.

Macayle’s disgruntled grumbling broke him out of his fantasy world and pulled him back into darkness. “Are you two done? We need to leave.”

Nathan nodded. “Fine. Let’s get going. How much longer until the flare goes up?” 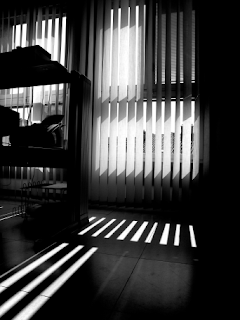 Macayle checked his watch. “About twenty minutes, maybe less. Ginger said she would come with us. But that means we need to leave discretely, so the other one doesn’t follow us.”

Pearl stood and walked out of the room with Macayle. Nathan continued to stare out the window for a moment, trying to think of how they were going to shake Ed.

Something cold and hard pressed into the back of his skull.

“Keep quiet or I’ll blow your brains all over that window.”

Well, that's definitely quite a way to end the excerpt!

I thought so too. It was very convenient to stop it there, at a cliffhanger. :D