After being on hiatus for - well, I don't even remember how long it's been on hiatus for - but my email newsletter is back and better than ever! A brand new and much improved issue will be going out the beginning of October, and there are tons of exciting projects on the horizon that I just can't wait to reveal to everyone. Sign up here to get put on the list to receive October's issue, along with all future issues, in your email inbox.
Posted by Unknown at 10:02 AM No comments:

The LZR Project...Back From The Dead

Many months, and maybe some years ago, I spread word about a series I was working on called The LZR Project - a fictional mini-series set in my Expired Reality universe detailing a program set up between the Anaishain government and the Lazerblades to stop Mr. Big. The series takes place before the Expired Reality novels, and would showcase your favorite characters - and some new ones - and go into some back story as to why they are the way they are in the ER series.

Sadly, life interrupted my plans to do much with The LZR Project...at the time. Now I am bringing this idea back from the dead and will be using NaNoWriMo 2013 to sketch out a 12-part series. I know I mentioned earlier that I would be rewriting Dark Horizons for NaNoWriMo this year, but I'm changing that up because The LZR Project needs to be written - mostly from scratch - and NaNoWriMo is the perfect way to do so. Of course, I'll also be working on the third novel in the Expired Reality series, Dark Horizons, side by side with my NaNoWriMo project. Needless to say, there will be a lot of Expired Reality story material coming out of the woodwork very soon.
Posted by Unknown at 12:39 PM No comments:

The Darkest of Horizons

For over eight years now, I've been toiling and carving my way through a beast of a manuscript titled Dark Horizons - originally titled Crystal City. At least, Dark Horizons is the title of this project for the moment. I'm sure it'll change at some point before publication, only because everything else about this manuscript has changed in the last eight years.

Dark Horizons is the third installment in my Expired Reality series. The series itself has gone through drastic changes of its own over the years - the most noticeably with the shift in genre from young adult to edgy Christian speculative fiction. But Dark Horizons has seen the majority of the changes because drafts of this book were written up before my genre change and after, and I have yet another draft rewrite to do before I am satisfied with where this series is going.

I think the third book in any series can be a difficult challenge, especially if the series itself is planned to run a dozen or so installments. The first book of any series sets up characters and plot. The second book goes into the plot a bit more and even digs a little deeper into the characters. By the third book, you're pretty much building a rudder by which the rest of the series is going to move with. Dark Horizons is a crucial volume in my Expired Reality series, and because of that I am taking many pains to make sure it's a phenomenal piece of fiction that lines up with the tone and storylines I am trying to establish for the ER series as a whole.

And that tone is a dark one. Whereas my Black Earth series is somewhat dark and gloomy, there was an overall feeling of redemption by the time the series came to its end with the fourth book, Exodus. But seeing how Dark Horizons is set to be the third novel in a 12 + book series, I have to have the redemptive moments and the moments of victory come fewer and farther between.

With the second book in the series - Lost Birth - ending on a low point, Dark Horizons opens up with the main character, David Corbin, wallowing in sorrow. His character is one I have worked years and years to refine, and I think I'm finally catching my stride with him, especially with the opportunities Dark Horizons will give me to add some more dimension to him. Whereas he started out the series in Endangered Memories as a washed up, unemployed hero, Lost Birth, the second novel in the series, saw him as a man on fire who was ready to risk everything to save the love of his life. After the death of someone very close to him at the end of Lost Birth, Dark Horizons will open up with David in the darkest place (metaphorically) he has ever known. This darkness will be used to flesh out much of his character and show him as not just a hero, but also an anti-hero of sorts.

Some of the anti-hero came out in Lost Birth when David attempted to take an innocent girl hostage to escape the police, and he ended up getting her shot. The incident opened up the doors for where Dark Horizons is going to take David - on the run from police, on a course to save the world.

I am really excited to reach the day when this manuscript - in it's polished form - can finally see the light of day. Before that can happen though, I have to continue my epic struggle with this beast and get it under control.
Posted by Unknown at 2:24 PM No comments:

Every November for the past eight Novembers, I have participated in a little competition known as National Novel Writing Month. Thousands of aspiring writers gather online (and locally) to write out a 50,000 word draft of a novel in the month of November. The challenge is fierce. In order to obtain the glory that is the title of NaNoWriMo Champ, one leaves behind family and friends to embark on a dangerous quest full of denouements, cliques, and two-dimensional characters.

This year, I've decided to write a new draft of Dark Horizons from scratch for my NaNoWriMo project - a matter I will be going into more detail about in another blog. And to get ready for NaNo and all of it's craziness, I'll be participating in the October NaNoWriMo Prep Challenge on Writing.com. The Prep Challenge is a list of activities done daily through the month of October to prepare you for November. Some of the challenges require outlines to be written, character backstories to be created, and illustrations of story locales to be drawn (however crudely they make look). There are even contests and prizes to be won, and at the end of October, you'll be well prepared for what lurks on the page in November.

To enter the October NaNoWriMo Prep Challenge, head over to http://www.writing.com/main/forums/item_id/1474311-October-NaNoWriMo-Prep-Challenge and sign up.
Posted by Unknown at 12:42 PM No comments:

The Crossover Alliance...Now On A Ning Platform! 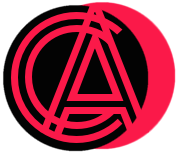 Last month I mentioned that I was in the process of moving my social community - The Crossover Alliance - from a SocialGo network to a Ning network. Well, that day is here! I've even obtained the proper URL, and you can now find the Alliance at www.thecrossoveralliance.com. I still have some work to do on some of the pages and features, but for the most part, the foundation for the community is there and ready to be built upon. Head on over to create a free profile and get involved in the community. Membership is free, and I will even be putting on a giveaway soon to kick off the launch of the new site.The old site will be disappearing next week to make way for the official launch.
Posted by Unknown at 1:58 PM No comments: