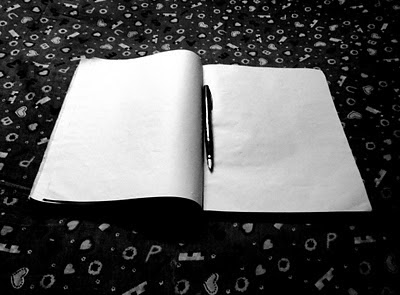 The last few weeks I've been working on edits for my upcoming young adult series, Expired Reality. This is a series I self-published years ago (actually the first thing I ever self-published), and since writing my Black Earth series, I figured I would go back and reedit Expired Reality in the same vein.

This decision came from the reactions I received from people reading Expired Reality years ago. I received positive reviews, however, one of the main comments I received after "what a great story" was "you might want to have it professionally edited". I thought reading it a million times and editing it myself, while also having a good friend of mine do her own edits was enough, but apparently that doesn't always cut it.

What I thought was merely going to be a quick read through and minor edit has become a virtual rewrite. I find myself rewriting many of the scenes in Endangered Memories, the first book in the Expired Reality series. I've come upon the realization that ever since I wrote Black Earth, my writing style has transformed into something much deeper and richer, and I find myself wanting to rewrite Expired Reality not just to bring it on board with the rest of my writing, but also to bring Expired Reality into a proper setting and timeline in line with Black Earth since how series are connected to each other.

What was written in the first edition of Expired Reality: Endangered Memories:

Carrie sat at the white linen table, the red silk dress that Jerad had picked out for her flowing to the floor. She felt slightly bare wearing a sleeveless dress as fancy as this one in front of a crowd such as this, but Jerad had insisted and she found it sweet how he had specifically had it made for her. Her lips were painted crimson to match and her hair was bunched up in a fancy mess to keep it out of her face.

She looked at the white elephant bone plate in front of her and tossed around a piece of steak smothered in a creamy brown glaze. She thought it would be appetizing, but her stomach wasn’t agreeing with it or with the murky haze of cigar smoke that hung over the dining area.

Jerad sat at the opposite end of the long table, his oval face smiling and laughing with his associates. The small, inverted triangle of hair under his lower lip, partnered with the jet-black hair that was combed back across his head, gave him the sophisticated look that went along with his money. His body grasped a crimson silk shirt and raven-colored suit pants. His silver belt tightened everything together like a braided whip, while the sprits of Diamond Dust cologne fused with the smell of the cigars that he and his associates were sharing, creating a very bittersweet stench.

And that clip, revised:

Carrie Green sat at the white linen table , the scarlet silk dress flowing along her body like a current of Maverick brand wine. The sleeveless dress made her feel somewhat exposed to the gentlemen before her, but Jerad had insisted on it in particular. And since he had insisted on making her wear a dress of this bright shade of red, she had to make sure her lips were painted the same matching hue. Jerad was particular about these things. Carrie supposed he was borderline OCD, but she figured it didn’t hurt to look nice and uniformed in her appearance. A bright red flower hair clip had been added for effect and it was doing a well enough job of keeping her long brown hair bunched on top of her head and out of her face.

Her stare fixed on the white elephant bone plate in front of her where she was tossing around a tender piece of steak smothered in a creamy brown glaze. The meal had sounded appetizing to her earlier in the evening, but her stomach was now feuding with the murky haze of cigar smoke that hung over the dining area like a cloud of poison gas.

Jerad sat at the opposite end of the long table, smiling and laughing with his associates. The small, inverted triangle of hair under his lower lip, partnered with his jet-black hair that was combed back across his head, gave him the sophisticated look that went along with his money and helped him to blend in with his colleagues. His body grasped a crimson silk shirt (which, surprising to Carrie, did not exactly match her dress) and raven-colored suit pants. His silver belt tightened everything together like a braided whip, while sprits of Diamond Dust cologne fused with the smell of the cigars, creating a very bittersweet stench.

As you can see, there's a lot of changes that needed to be made, to make it clearer, smoother and give it a better style. I have much more work to do, but I am hoping to give the newly revised edition of Endangered Memories to my editor in the next few weeks. I'm proud of what I've accomplished so far and hope the changes resonate with fans of my writing. :)