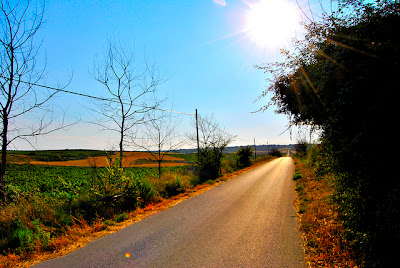 Black Earth: The Broken Daisy is now published and out there for the world to love or hate. And aside from promoting the book with book signings, advertising, reviews and other things to bring attention to it, I have a line up of projects I'll be working on in the next couple of months.

First of all of them is the release (or re-release, depending on how you look at it) of a novel series I birthed years ago. Expired Reality, a young adult sci-fi/fantasy series, will be re-edited and released Summer/Fall of 2011. The first two novels, Expired Reality: Endangered Memories and Expired Reality: Lost Birth, were released a couple years ago and I had planned to follow them up with a third, Expired Reality: Crystal City. After growing into my writing style and voice with Black Earth though, I decided to have these books re-edited, polished, and re-released with new covers and extended editions. I plan to have a month or so between the release of each novel.

Second, I am having a novella that I briefly released months ago, Drather's Story, re-edited and re-released under the title Picture Perfect. It is the back story of a character from the Expired Reality series and will be released in ebook, audiobook (my first ever) and paperback. Ebook and audiobook editions will be free and paperback will be sold at a nominal price. I plan to release this in the next few months, before the debut of the Expired Reality series.

Lots of goodies are coming down the line and I'm excited each time I have something new to offer to all of you who are fans of my writing. I appreciate all of you and your support, and if there's any characters or plot lines you might like to see some side stories on in the near future, let me know and I'll see what I can do. ;)