I think self-publishing - and being an author in general - are both funny things. You never quite know what you're going to get, especially when you deal with the public. This last weekend I had two book signings, both which had very different outcomes in terms of book sales, but both of which had very similar benefits to the time that was put in to them.

My first signing was on Saturday at Half Price Books out in Phoenix. 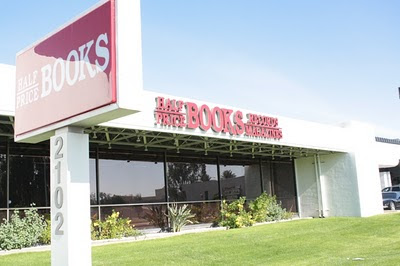 It's a fairly new store on Camelback Road, and the manager, Jim, had only been a manager there a few days before I came in for my event. He was incredibly hospitable and the store was clean and had a nice polished look to it. During the three hours I was there doing my signing, I managed to sell 0 books. That's right, the big ol' goose egg. The dreaded zero. Zip. Zilch. Nada. Nothing.

The funny thing is, I'm not dismayed in the least. I had some great conversations with the folks that came around my table. I met a script writer, and one of the store employees used to work as a publicist, so I had a bit of wonderful seasoning in the conversations I had. I'll be the first to admit that I still have so much to learn and I love listening to how others are carving their path and making their way through their dreams.

On the flip side, my second signing was at the Mesa Bookmans on Sunday. 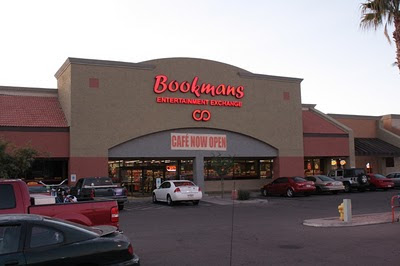 In the three hours I was at that store, I managed to sell 9 books. 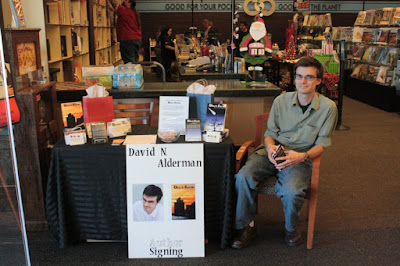 Again, I had great conversations with the people who came by my table. I met another author, one who writes thrillers, and managed to get a nice number of people to sign up for my email newsletter. It too was a wonderful experience.

Now, through the lenses of sales and the 'bottom line', some would say my second signing was the most successful. But in my humble opinion, I believe both had their own outcome for me. Of course I would like to sell books - that is one of the reasons I do these signings - but my bottom line isn't going to be the same as some other writers out there. My bottom line is really relationships - with those in the community, book stores, and other writers.

Well, it's time for us dreamers to get out there and show the world what we're made of. More than just a bottom line of sales and spreadsheets, but of relationships and community. ;)
Posted by Unknown at 7:28 AM

Love your outlook David. It's definitely about relationships and community. Have a wonderful Christmas.