My Last Book Signing Of The Year 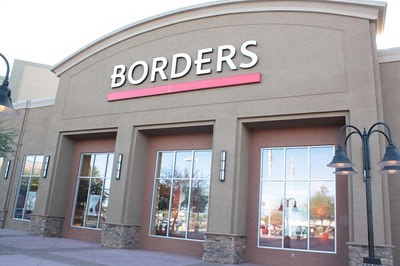 This last Saturday I had my long-awaited book signing at Borders at the Superstition Springs mall. Initially, I figured if I had a signing this close to Christmas that I'd have better luck making some book sales, but that wasn't necessarily the case. A lot of the people I approached in the store were on a mission to find sought-after Christmas gifts and didn't really want to put the time into swinging by my table to see what my sci-fi/fantasy series was all about.

Was that discouraging? A bit. I had a hard time selling books or getting anyone interested in my table for the first hour. After that though, I positioned myself right at the entrance to the store and made sure almost everyone that walked through those doors had a postcard with my book info in hand.

By the end of the signing, I had sold ten books. An old friend from high school came out and supported me, which was really nice, and I had a couple people who were willing to chance a self-published author and grab my books as gifts for someone else.

At the end, the sales manager purchased five of each of my books to put on her shelf in the sci-fi section of the store. I sat down at my table with her while I signed the copies and she stuck 'autographed copy' stickers on them.

It was a great ending to the six signings I've done in the last couple months and a great ending to a very eventful year. I'm sure I'll have more book signings set up after the new year. But first, it's time to take a breather and wind things down a bit, just in time for the holidays. :)
Posted by Unknown at 8:50 AM

David, That was probably the toughest time of the year. You did well considering folks were probably zeroed in on specific book gifts.

Wishing you a really successful year.
Barbara Silkstone
The Secret Diary of Alice in Wonderland, Age 42 and Three-Quarters

Thanks, Barbara. It was definitely a learning experience. :) I wish you a successful year as well!

Christmas is often a difficult time as people already know what they want, and are pressed for time in getting things done. They don't have the time or money to stop and check out something knew.

That said, congrats on the sales you did make. I hope 2011 is a great year for you!