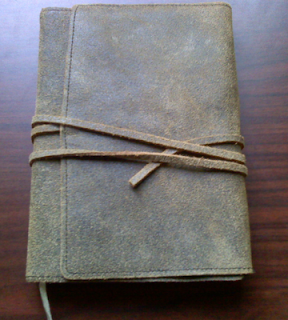 As I write this post, my wife and I are still patiently waiting for our son, Nolan Bailey Alderman, to be born. He's actually not due until August 26th, but it feels like we've been waiting for years for him to come out of there.

In the meantime, I've found something productive to do that will hopefully benefit my coming son, and me. I've started a handwritten journal where I am going to detail the walk that my wife and I have taken with God these last few years - along with the adventures I've experienced during my lifetime. Hopefully I can drop some gems of wisdom throughout the journal and help my son to learn from some of my mistakes. Hopefully he can marvel at the outrageous things I did in my youth, and appreciate the incredible steps of faith I've taken as an adult. Hopefully he can benefit from the one story I haven't fabricated - couldn't have as big as my imagination is.

Someday, this journal will be considered a relic. I figure the art of hand writing anything seems to be getting more and more lost as we enter the digital age. I'll admit, I'm succumbing to the convenience that computers and smartphones offer. But there's just something ten times better about getting something handwritten rather than getting something typed out or preconceived. A poem, rather than a pre-typed greeting card. A letter, rather than an email. Heck, my grandfather and I write each other and he even keeps to the old tradition of sealing some of the envelopes with wax. 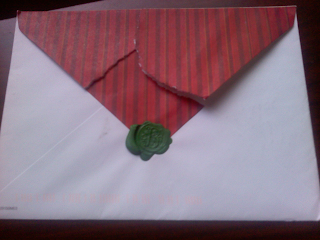 A bygone art that needs to be appreciated more.

I'll give this journal to Nolan someday in the future when he's grown enough to understand - and hopefully appreciate - all that's written in it. In the meantime, I have an adventure to write.Or rather, record.
Posted by Unknown at 11:44 AM