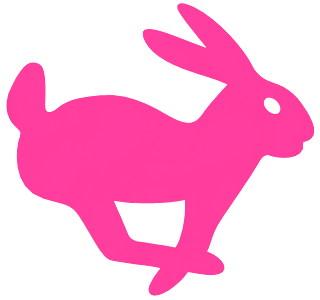 Back in 2010, when Black Earth: End of the Innocence - Book 1 in my Black Earth series - was released, I also released five separate flash fiction stories that I inconspicuously hid on my website for fans to find. Since close to nobody knew what the Black Earth series was even about, I didn't have much success getting the stories read.

Now that I've dug them out of the vault, here is the fifth and final in the series, a glimpse at Cynthia Ruin and one of her many confrontations with her mother, Theresa.

Fuzzy Cuffs -
Cynthia shoved Robert out of the bed as he hit the ground with a thud. “Get out of here! My mom’s home!”

He ran his hand through is long black hair and blinked his eyes a few times to wake up. “What? Who?”

Cynthia clambered off the bed and threw his clothes at him, hitting him in the face. “My mom is home, idiot. Get out of here!”

He scrambled to get his pants on. Cynthia looked down at her own half-naked form and quickly pulled the sheet off the bed, wrapping it around herself.

“I thought you wanted me to spend the night.”

“That’s when I thought my mom was going to be out of town all weekend. I don’t know what she’s doing home, but she’s here, and you need to go.”

Yes, she remembered. That’s all you came here for. She reached into the top drawer of her nightstand, through to a secret compartment at the back, and pulled out the stamp set. She could hear footsteps coming up the stairs now.

She rushed over to Robert, who was just barely buttoning his jeans. Dabbing the rubber stamp into the bright pink ink pad, she stamped her trademark on the back of his neck…the pink rabbit. She scrambled to get the items back into the drawer and then shoved him toward the window.

“Well, I really appreciate what you did tonight. That was the most exquisite way anyone has ever—”

“That’s nice. Dream about me if you want. Just get out of here!” She slid the window open as he grabbed his shoes in hand and started out onto the ladder that rested against the windowsill. “So, maybe we can do this again sometime. I’ll even pa- “

She slammed the window shut and pulled her blinds down. The footsteps stopped outside her door. She fell upon the bed and turned toward the wall, pretending to be asleep.

The door opened. Cynthia stared at the wall, steadying her breathing, hoping her mother wouldn’t be in a mood to talk.

The door shut. She sighed with relief. Turning away from the wall, she realized her mother was sitting there on the edge of her bed. She squealed with surprise.

“Shhhhh. You don’t want to wake the whole neighborhood.”

“Mom? What are you doing home? I thought you were going to Tucson to see dad this weekend.”

Theresa Ruin stared at the lines of moonlight casting their glow through the blinds. “Yes, well, your dad was too busy to really do anything with me, so I figured I’d just come home.”

“Well, can I get back to sleep? You scared the crap out of me.”

“What about Robert? Was he scared too?”

Cynthia suddenly stopped breathing. A moment later she took a big huff of air and let out, “I don’t really know what you’re talking about.”

Theresa bent down toward the floor and came back up with a pair of fuzzy pink handcuffs dangling from her fingers. “Are you serious? I may be your mother, Sin, but I’m not stupid.”

I told that idiot to put those away when we were done with them!

Theresa glared at her daughter.