Back in 2010, when Black Earth: End of the Innocence - Book 1 in my Black Earth series - was released, I also released five separate flash fiction stories that I inconspicuously hid on my website for fans to find. Since close to nobody knew what the Black Earth series was even about, I didn't have much success getting the stories read. 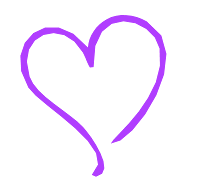 Now that I've dug them out of the vault, here is the third in the series, revealing Heather Rhodes' true feelings for Nathan Pierce.

Love Note -
Dear Nathan,
I’ve wanted so long to tell you what I feel for you but

Dear Nathan,
I’ve waited what feels like forever to tell you how much I lov

Dear Nathan,
I’ve wanted to tell you this for so long now, but I haven’t had the courage. That, and I didn’t want to get in between you and Shannon. Before you ask, I’ll tell you the truth: I don’t like her. I think she’s evil, arrogant and stupid, but those are just my honest feelings, and I believe this is a chance for me to be completely honest with you.

Heather crumpled up the piece of paper and tossed it across the room. She dug under her bed sheets and pulled out the remote, turning on the television, hoping for a distraction from this agonizing task.

“…the bill is moving through at an alarming rate and will more than likely be approved by the president. The decision to change the Pledge of Allegiance to omit reference to ‘God’ is one that has spurred national debate from all political sides. The president—”

Heather turned the newscast off, enraged whenever she heard mention of the president and that stupid bill. She covered her bare legs with a sheet, protecting them from the air conditioning that was blowing directly on her, and started her note on a fresh sheet of paper.

Dear Nathan,
I love you. I’ll just say it because it’s how I’ve felt for so long now. I love you, and I’m not ashamed to say it, and I hope that because of this you will dump that stupid

She wondered what an alternate word for the one she was thinking of would be. She didn’t want to lace her ‘love’ letter with curse words, but she wanted to be honest with Nathan. Idiot? No, too light. Harpy? Sounds too Greek. She-devil? That sounds a little more accurate.

She crumpled up the paper and tossed it across the room. This is lame. Since when do girls write love letters to boys? She laughed at the very thought and realized this was a stupid idea to begin with. She knew she loved Nathan. She would just have to find some way of telling him that in person…when Shannon – She-devil – wasn’t around.

She felt herself fuming at the thought of Shannon and of the president. They could both burn in…