Black Earth and the Genre That Almost Wasn't 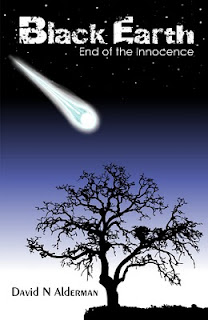 I’ve been frustrated lately. Mostly with myself than with anything else.

See, I’ve been writing since 1992. I’ve been self-publishing since at least 2004. And I’ve been working on the Black Earth series since 2007, when it began as a short story in an anthology I wrote for National Novel Writing Month that November.

My aim with the Black Earth series was to tell a story about the world falling into darkness, with the main focus being on a few major characters who were attempting to navigate through this darkness by relying on their relationship with God. That lonely little short story – which was originally created under the umbrella of my young adult series, Expired Reality – quickly became the baseline for an entire series of its own: Black Earth.

Black Earth: End of the Innocence – the first novel in the series – was the most challenging manuscript I have ever penned. Why? Because it contained content in it that I knew would be frowned on by friends and family, fellow Christians, probably even my church. But I felt led to write the story found within the pages of End of the Innocence, a story filled with rape, cursing, sexual promiscuity, aliens, superpowers, violence, demons, witches, time travel, and other realities.

Needless to say, the novel was completely out of my comfort zone. In fact, it broke the very foundation of the shelter I had been living within my whole life.

But after I wrote the story, after a great friend (and mentor) of mine edited it, after I formatted it and placed it between beautiful cover art my wife created, I realized what I had done – I had created a hybrid of sorts. Edgy Christian Speculative Fiction. I came up with that genre title because I have no other way to describe what I write. Black Earth is a mixture of science fiction, fantasy, a dash of horror, all encompassing themes of redemption, forgiveness, revenge, and betrayal.

At first I made the mistake of trying to hide Black Earth under the science fiction/fantasy genre. I failed because reviewers started pointing out that Black Earth had Christian themes and that it should be placed under the Christian Fiction umbrella.  The book also got lost in the massive genre of science fiction/fantasy, buried underneath the likes of Star Wars, Harry Potter, and the Game of Thrones series.

So where did it belong? Where could Black Earth call home?

In all honesty, I dreaded carrying Black Earth under the Christian Fiction banner. Quite a bit of Christian Fiction – and I stress quite a bit, not all – contains watered down stories that encompass 'clever' sermons about Jesus and how to live a ‘proper’ life. Most Christian Fiction ends on a high note, and not much of it explores ‘real’ life. Much Christian Fiction avoids the dark and gritty side of life. Prostitutes, drug addiction, the inner struggles of sex addicts, the moral dilemmas one faces in high school. Even science fiction/fantasy elements are frowned upon most of the time, including extraterrestrial life, time travel, magic and witches.

This dilemma I faced forced me to really think about what umbrella my work, especially Black Earth, fell under. I didn’t want to enter the Christian Fiction scene with my science fiction/fantasy/horror novel that was filled with rape, violence and cursing. I would be ostracized. And I didn’t want to continue skating through the swamp of science fiction/fantasy, hoping reviewers wouldn’t have issue with the fact that my stories contained Christian themes. 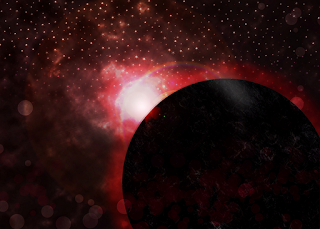 And that’s when it hit me. I’m a self-published author. I’m in control of my marketing efforts and the genre I want to place myself in. I did some research and found that not many authors were attempting to craft the type of genre I had concocted with my Black Earth series. That isn’t to say there weren’t some trying, but with it being such a narrow market, they were getting lost in the shuffle or were giving up because they were being opposed at every angle.

Unfortunately, since creating the banner of Edgy Christian Speculative Fiction, I haven’t really pushed myself out there with it. I haven’t tried hard enough to bring attention to this unique genre, or to get my own face as the author of these books into the public spotlight. When it comes to marketing and promotion, my first instinct is to go extreme introvert and open the door, throw my books on the lawn and shut the door in hopes someone will serendipitously stumble upon my fiction. This is a horrible way to try and reach readers.

Interestingly enough, most of the reviews for the books in my Black Earth series have been positive. There are non-Christians who love the books for their stories, characters and themes. Some have even commented that even though they recognize Christian themes within the novels, they don’t feel like they are being preached to when they read them. Some readers from the Christian camp praise my stories for crossing the line that was mysteriously drawn in the sand eons ago and creating ‘real’ characters who are forced to face a dark and (nearly) hopeless reality. It seems I have written something they haven’t been able to find or have had a hard time finding – edgy Christian fiction. 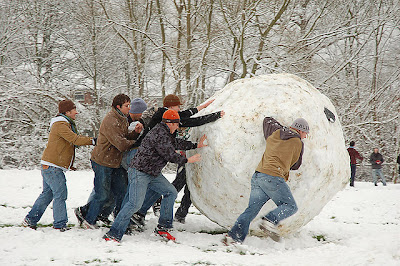 I know that I have something here. Something fresh. Something unique. Something that could be big, if I put the time and effort behind it. It’s akin to rolling a boulder up a snow-packed hill, but it can be done. And I’ll do it – with God’s help of course. ;)

Get ready, folks. I’ve been working hard the last couple days sketching out a battle plan to bring more attention to work of this caliber. In the very near future, I will be starting some blog post series here that will take time to explore many of the characters and themes found in my Black Earth series. I’ll reveal why certain themes are present in the series, and what they mean for the Christian/non-Christian community. I’m going to be more vocal about edgy Christian fiction and the need for this type of work in the art community on Facebook, Twitter,  and some other avenues. And I may even start a Facebook group in the near future for those who are eager to support and get underneath this intriguing umbrella of mishmashed goodness. 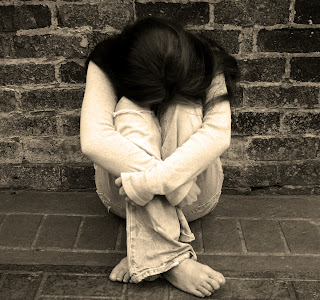 There are many edgy characters and themes present in my Black Earth series and I plan on drawing most if not all of them out. Not to sound too clique, but the Bible didn’t hold back when it came time to discuss many – if not all – of the dark sides of humanity. That’s not to say I’m going to get too crazy, but I think it’s time themes like redemption and self-destruction are explored in an open arena instead of being kept to Sunday sermons or salacious novels.

I have a little more info on what the term Edgy Christian Speculative Fiction actually encompasses, at least to me, at my website – davidnalderman.com – just in case you’re curious or you want to pass the word along to your friends and family. And if you want updates on the projects that I currently have in the works – such as book releases, website updates, and other goodies, you can subscribe to my free monthly email newsletter.

For the time being, stay tuned to this blog and get ready for some serious discussion to spark up in the coming weeks.