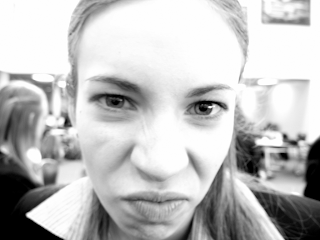 We’ll talk about the title of this post in a second. First, I want to state that this is the first in many blog posts where I try to address some in-depth and sometimes complex issues/themes in the world, Christianity, and the arts and entertainment. Starting next week I’ll be diving into an entire series dedicated to examining the characters and themes in my edgy Christian speculative fiction series, Black Earth. But first I figured I’d lay down the groundwork by debunking an attitude that I’ve come across one too many times now – Christian’s vehemently judging non-Christians for participating in edgy entertainment – books, movies, music, video games, etc. What’s even more annoying is when Christians vehemently judge other Christians for the same thing.

I mean, c’mon, most of us have to admit that a good percentage – although not all – of the Christian population has the well-earned reputation of taking itself too seriously. Harry Potter is evil. Christian rap isn’t real music. Violent movies cause us to kill each other. These are attitudes I see in the Christian community ALL the time. Granted not all Christians feel this way, but some of those that do strive to wipe out any form of entertainment that doesn’t promote Christian themes. 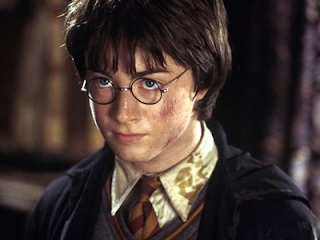 Now before the comments start about how it seems I’m attacking those who hold certain beliefs that they are entitled to have, I want to make one thing clear: I am aware that even though some people believe Harry Potter is evil, it doesn’t make them wrong in their opinion. It could be considered evil for them, personally. The issue I have is when Christians point the finger and make painfully obvious their disgust with those who DO enjoy Harry Potter.

It goes without saying (but I’ll say it anyway) that there are definitely boundaries we need to put around ourselves and our children in regards to content in the arts. Some of us are genuinely more disturbed by certain themes than others, and in this regard, we should probably keep ourselves from engaging in content that contains these themes. A rape victim may not feel comfortable watching a movie that portrays a girl being raped. Some are more squeamish to acts of violence in film and television. Some have an extreme distaste for cursing in music. We need to have mutual respect for those who feel this way. 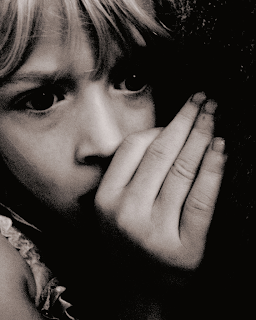 But what I want to talk about is the stigma surrounding Christians completely hating on forms of entertainment that contain anything gritty, edgy, or controversial. It seems some shy away from anything that contains merely the theme of evil because they are afraid it will rub off on them and turn them evil. I just think that some Christians too often neglect to look at a form of entertainment for what it has the potential to be – a platform for powerful stories, though-provoking themes, and issues relative to our world today.

I think many neglect to use discernment when it comes to this and instead, lazily write EVERYTHING off as evil, shunning any type of entertainment that contains cursing, sex, violence, or morally blurred lines. Personally, I find that these forms of entertainment simply reflect the world around us. My neighbor curses, but I can’t shut him off. A driver on the interstate cuts me off, I honk at him, and he follows me into my neighborhood hoping to start a violent feud. While at work, my coworker hits on me and attempts to seduce me away from my wife. This is real life.

No, I’m not saying that we should purposefully seek out a book or movie that is filled with cursing or sex simply for the sake of experiencing cursing or sex. Once again, this is where discernment comes in. What I’m saying is that sometimes entertainment venues contain these things to tell truth in a story, to make them believable, and draw us in. That’s really what parables were all about. Jesus told parables – mostly fictional tales – to get a sometimes complex spiritual truth across in a simple way that the majority could understand. 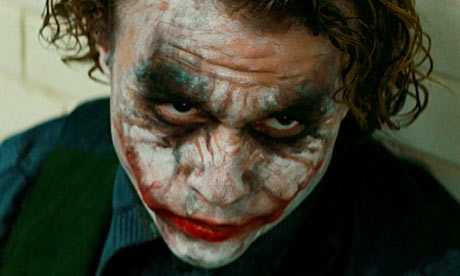 I think one of my favorite movies is The Dark Knight. The villain in the movie, the Joker, is clearly in opposition to Bruce Wayne, who wants to help make Gotham city a better place. Bruce has seen the seedy side of Gotham, especially with the murder of his parents. And even though Bruce is filthy rich, he realizes that money holds nothing to purpose, and so he finds his purpose in Batman, an icon meant to give the city hope. The Joker on the other hand has nothing to lose, and this makes him a great villain because he is willing to do anything – even self-destruct – to get his plans and purpose across. The Joker understands humanities dark side and even tries to turn humanity on itself by setting up for a prison transport and a passenger ferry to destroy each other. But humanity succeeds and, for the moment, evil takes a hit. The Dark Knight portrays the ultimate battle between good and evil, of a just man and an unjust villain, humanity versus humanity. There is no seemingly sure way of stopping the Joker without killing him. But Batman understands that killing isn’t always the answer. He knows if he kills the Joker, that he himself will become that which he battles. Evil.

Anyone can pull any number of spiritual references from the movie, but I think Christians can gain a lot of insight by learning to breathe every once in a while and take in fine storytelling such as this. I also understand that some may be sensitive to certain themes of violence, and the maniacal and truly insane persona of the Joker can be disturbing to many, but those situations aren’t what I’m addressing here. I’m addressing those who sneer at movies like this or at the Christians/non-Christians who choose to watch them.

I think we as Christians should learn not to be such prudes when it comes to some of this stuff. I know I’ll probably get some negative comments about my heretical theories, but I don’t really care. I’ve felt this way for a  while now and I think it’s time I spoke up. I’m not by any means suggesting we go out and live a sinful life through a constant stream of lewd or crude entertainment. But I think great stories, great characters, great moral conflicts, can be found in some great avenues of media that some of us have been avoiding like a communicable disease.

Keep tabs on this blog on Wednesday when I talk specifically about the bad rap (some not surprising) that some Christian fiction has and my own way of emerging from it.
Posted by Unknown at 9:34 AM

Great thoughts. I have had some of the same personal complaints about the Christian mindset.

"a platform for powerful stories, though-provoking themes, and issues relative to our world today."

You know what's most ironic about this sentence? It sounds a lot like the bible. I think the bible can be pretty edgy sometimes, so the fact that some Christians stifle the edgy parts of life doesn't really make sense to me.

You see, many people in my family are religious. So much so that when I publish Savior of the Damned, I'll be terrified to tell them about it. And I think that's sad.

Glad you and I are on the same page, Lynne. I think it's time for a shift in the attitude of some.

And Tiffany, I agree with your entire statement. The Bible does have a ton of edgy content in it, much that gets buried in favor of a false, clean-cut image. And when I first published Book 1 in my Black Earth series, I had a specific family member who called me up just to tell me how disappointed they were that I had written something so against the grain of that which I was raised. It was tough to hear, but after I heard it and realized that by writing what I had written I had stayed true to myself both as an individual and a writer, I felt a great sense of pride and confidence in my work. I'm certain you'll feel the same way too. ;)

I agree with this on so many points. I don't like other Christians advising me or people what to watch. I don't want that associated with being a Christian

I agree, Justine! I don't like people telling me what to do to begin with - LOL! - but it makes it tough when the sneer comes out when you tell people what movie you saw or music you're listening to. I think we can all pull different things out of different forms of entertainment and that's a wonderful thing that should be promoted, not stifled, especially by the Christian community.

I've said it before and I'll say it again, "Convictions are not religion." People don't understand how to separate their convictions from their religion, and what ends up happening is we present our convictions as our Faith. When talking to nonChristains that can be confusing and often times it will drive them away from God.

I always think to myself, "is your faith so weak that a simple 'fictional' story is going to sever your relationship with God?"

I like how you put that, AJ - "is your faith so weak that a simple 'fictional' story is going to sever your relationship with God?"

I believe that's the mindset many Christians have, and they miss out on a lot because of it.