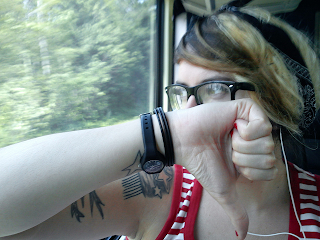 On Monday I posted about how some Christians stray away from any type of entertainment that doesn’t fulfill their idea of good Christian morals and ethics.

I’m not going to venture near that hornet’s nest today. Instead I’m going to talk about the sadness within me that is Christian fiction in today’s society. Not ALL Christian fiction. I love me some Tosca Lee and Ted Dekker, and a handful of others. But that’s it – a handful.

I think the issue I want to rant about today pertains to the lack of exciting and/or realistic Christian fiction in today’s writing market and the impact it is having on the attitude of readers (both Christian and non-Christian) venturing out to give Christian fiction a chance. This is the main reason why I created the umbrella Edgy Christian Speculative Fiction under which I contain my Black Earth series. It is Christian fiction but it contains the elements – violence, sexual themes, cursing, magic, other worlds, aliens, rape, etc – missing from much of today’s typical Christian fiction.

Now, to start off, I’m not saying that Christian fiction HAS to have any one of these things to be good fiction. I’m also not saying that I include these elements in my own fiction simply to appease a particular demographic. The problem is that I have a hard time finding authors who can craft great Christian fiction to begin with because they veer so far away from these elements that they end up on the other side of the pendulum putting out corny, generic, watered-down religious fiction. 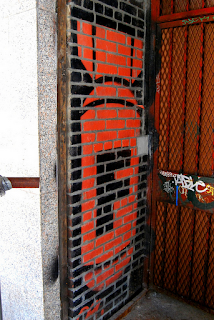 I know one of the main problems is that many Christians believe that Christianity and any one of the elements listed above clash in such a way that there is no way for fictional entertainment to contain the both of them without our reality imploding from the very act. If the f-bomb is dropped, it can’t possibly be considered Christian fiction, right? If a woman is raped, if a villain wipes out a church camp in a spread of gunfire, if a character refuses the path of redemption by the end of the book, it can’t possibly be appropriate for Christian audiences or be publicly revealed as having been written by a Christian author. Right? Right?! Please, say yes so that you feed my insecurity issues about writing outside of the Christian box religion built for me! Say it!!!

Sorry, I’ve had a lot of coffee with my sugar as of late, and I’m growing a bit passionate about this topic. Aside from Christian romance, which is a different animal altogether, I've noticed that most Christian fiction falls into three specific categories: 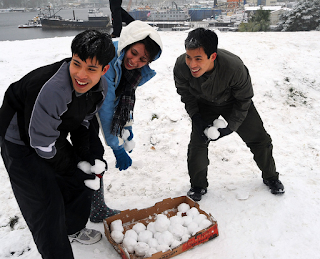 The Ambush Novel - You have Christian fiction that is written for non-Christians specifically – a sermon in the guise of a ‘great’ and/or ‘epic’ fantasy, science fiction, or horror novel. When the reader gets deep into the story, they are hit with what is clearly a sermon preaching a clear message of repentance and the need to turn to Christ or there will be much burning in Hell. This leaves the reader dumping the agenda-driven book on the floor in disgust, wishing it wasn’t against their beliefs to burn books for being stupid. And yes, I call books like that stupid. Because they are. Get over it. People read FICTION books to be entertained, not preached to. Trying to poorly disguise a religious agenda in a story only to ambush the reader with it after they’ve invested much of their time is stupid and gives Christian fiction a bad name.

This isn’t to say that Christian fiction or mainstream fiction can’t have some sort of agenda, but it needs to be brought through the story naturally. Of course, writing fiction, there’s always some sort of message we’re trying to get out to the world whether we are fully aware of the issue or not. Readers don’t need one that’s going to jab them in the eyes and pull the rug out from under them.

Christian-Themed Stories – These books are great stories written by talented authors such as Ted Dekker, Tosca Lee, and Frank Peretti. These are books that clearly or semi-subtly advertise themselves under the Christian fiction category. They contain great stories, with great characters, with Christian symbolism or themes throughout. These are the ‘handful’ I mentioned earlier that can get away with telling a great story without having to include my many fictional vices – although they too are ‘edgy’ in their own right. 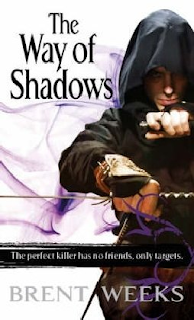 Secular Fiction Written By a Christian (Crossovers) – These books hold Christian themes that are not plainly obvious. These themes are found threaded throughout a book full of violence, sexual themes, and occasional cursing. These books resemble the literary equivalent of Switchfoot. Switchfoot’s music is enjoyed by both Christian and non-Christian’s alike because the themes carried through their music are evident to Christians but not overbearing (and sometimes not apparent) to non-Christians. I applaud books with this quality because they have the ability to entertain Christian and non-Christian alike. Brent Weeks is the only author so far that I have read from who exemplifies this type of fiction. Read the Night Angel trilogy. Now. Do it! In fact, my good friend Paeter Frandsen did an audio interview with Brent Weeks where Brent speaks about his clear Christian faith. Check it out here.

The stigma that I see going around is that the term 'Christian fiction' just isn't well-accepted in non-Christian circles. I know some of it is because some people are just genuinely not interested in religious fiction of any nature. But I also know that some of the reason Christian fiction is avoided is because it is stereotyped as being preachy, boring, corny or any other number of lame descriptions. And it's a shame because not all fiction with Christian themes falls into these descriptions. But the ones that do leave such a sour taste in reader's mouths that it's hard to rise above this generalized idea of what Christian fiction entails. 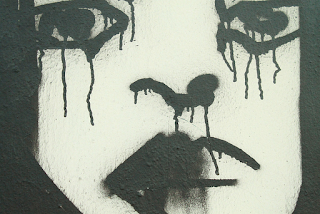 This isn’t by any means an argument to conform to the world in order to appeal to it, but remember that as a Christian, we are ‘in’ the world. And to write fiction that mirrors the world we live in – with all of its vices – appeals to a larger audience of readers because it is believable fiction. And I think it’s a step that SOME of us Christian writers may be called to take. I assure you, not everyone is called to write fiction like this, but those of us that want to take a step outside the boundaries that the Christian market would like to put us in should do so now. And remember, it’s not simply the act of wrapping a sermon in an f-bomb burrito, but it’s more about telling a great and entertaining story and threading themes of redemption, holiness, and forgiveness throughout.

I think we as Christian writers should also take more pride and put more effort into the fiction we do write. But the quality of Christian fiction is a post for another day. Friday. See you then.
Posted by Unknown at 8:00 AM