Writing and The Right to Write 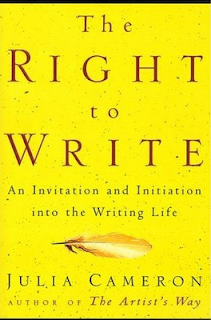 A little while ago, I mentioned that I wanted to start another post series in regards to self-publishing, both to show the process that I go through to write/self-publishing/market my books, but also to hopefully help other self-publishing authors along the way. One thing I’ve noticed is that many self-published books – including Christian fiction – could use a little more time, effort, and quality invested in them before being given to the masses.

To start this series off, I want to discuss the basic of basics when it comes to being a self-published author – writing – and introduce you to some of the books, processes, and techniques that have helped me to become a better writer.

For me, writing began when I was just eleven years old. I was living in New Mexico at the time, and my 6th grade English teacher had tasked us with writing a short story. It would be my first. Titled Mission: Australia, my story had a pretty basic plot - a young boy squares off against a crime boss to save his sister. Little did I know that this would be the origin of my current young adult series, Expired Reality.

Fast forward to the early 2000’s. I stumbled across a unique mural inside of a local lazertag arena. It was designed like a comic book, with different panels across the walls, and there was a story in there. A story which called me to write again. I wasn’t sure where to start though. I hadn’t written since finishing my first novel at the age of sixteen. I was in my early twenties by this time.

To get myself started on the right track, I picked up a copy of Julia Cameron’s, The Right to Write. I wasn’t sure what to expect with the book – I believe someone had suggested it to me or I had seen an ad for it somewhere. I’m not sure. Doesn’t really matter. I picked up the book and dove in.

Julia’s own experiences with the craft of writing captured the pleasure and beauty of the act. Her words were magical, her descriptions of the writing process dead on. I ate through that book like it was a dessert buffet at The Cheesecake Factory. Her book helped to reinvigorate the small flame fledgling within me, spreading it through my bones, readying me for the writing adventures I would have shortly thereafter when I began to pen the Expired Reality series.

There are very few non-fiction books I can add to my favorites list, especially ones that have to do with writing instruction, but this is very close to the top. If you get a chance, I highly recommend this as required reading if you want to immerse yourself in the love and magic of writing.
Posted by Unknown at 8:00 AM