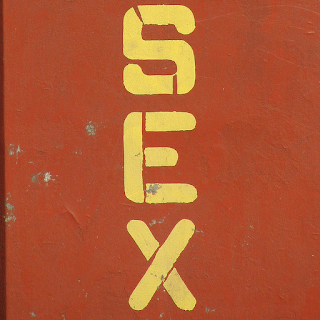 On Monday I posted a little bit about the character of Cynthia Ruin, or the Pink Rabbit, a sexual deviant in my Black Earth series. As a character, she was a challenge to create and write about, as much of her storyline contains references to sexual promiscuity, rape, and other forms of lustful actions.

That brings me to this week’s theme – sexual content in Christian fiction.

To begin, I want everyone know that I’m not posting this as an argument that sexual content has to be in Christian fiction in order for Christian fiction to be genuine or entertaining. This post is really just to discuss why and how I use sexual content in my Black Earth series – especially in regards to Cynthia Ruin – and how it’s worked for my story.

Why is sexual content avoided in most Christian fiction? I think many worry that putting sexual content in Christian fiction will endanger readers of Christian fiction and open the door for them to follow their own sexual vices. They believe that sexual themes written in the pages of a novel can illicit sexual thoughts/tendencies in the reader. As much as I understand where many people are coming from with this attitude, I think if sexual content is placed in Christian fiction in a responsible manner, it can add to the story and reveal deeper truths about sin and possibly lead to redemption. Although I will also admit, as I have in earlier posts, that some readers are more sensitive to certain themes – sex, violence, cursing – and have a legitimate reason for not wanting to venture near anything that expands upon these themes.

In reality, how many of us struggle with sex, either in regards to behavior or thoughts? Sex is a natural, God-given gift, and it is one that is constantly abused and misunderstood by both Christians and non-Christians alike. I’m sure that all of us have someone in our circle of influence who is struggling with their own sexual vices. Whether we know of these struggles is a different story, but I guarantee you that sexual sin and the consequences of it reach more people than you probably think.

From a writer’s standpoint, it gives the characters and storyline more realism – IF USED RESPONSIBLY. Please do not get me started on Fifty Shades of Crap. 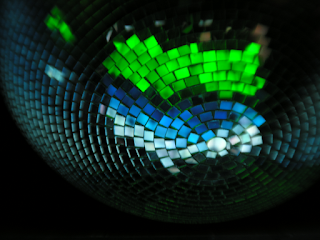 Cynthia Ruin made her first appearance in my Black Earth series with a nightclub scene that quickly led into a rape scene. It was the most challenging scene I have ever written, but when all was said and done, her first time on stage gave my novel more weight and added incredible dimension to the storyline of the Black Earth series. The rape scene served to reveal much about Cynthia’s character, including her vices, her attitude toward life, and the way she reacts to crisis. The rape scene served a valuable purpose and lent legitimacy to her character.

I remember when Black Earth: End of the Innocence was first released in paperback and a family member called me up to tell me how disappointed they were with my decision to have a rape scene in the novel. It was tough to listen to this individual’s diatribe, but at the same time I felt proud knowing I had grown as an individual and as a writer. I had broken out of convention and pushed the boundaries of Christian fiction and the realities that Christian fiction could portray. I didn’t write the rape scene to be ‘edgy’, but the rape scene wrote itself when Cynthia came onto the page.

Once Cynthia is raped in the story, she is a different person. She has a new perspective of her life. It even seemed the rape caused her to head down the path of redemption. And while many have given me good reviews and comments in regards to the story itself and to how the rape scene was handled in particular, there are still those who don’t think sexual content – especially in large doses – belongs in Christian fiction at all.

“Although I loved the plot and found the characters well rounded and believable, I do have a few cautions as far as the Christian content. There is quite a bit of sexual content. The story line for Sin revolves around her having sex with many boys, but to include women also, was more than I could take.”

To be clear, I really appreciate the fact that Candy took the time to read/review my book. But the comment she made in regards to the sexual content reveals the attitude that many Christians have in regards to the inclusion of sexual content in books containing the Christian fiction label. It seems to be, according the review, that I took things too far with Cynthia having a history of sexual relations with women as well as men. 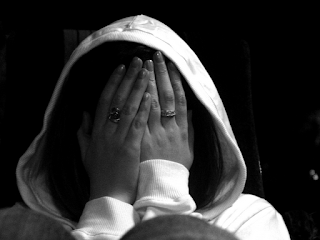 Cynthia is a broken individual. She doesn’t know what she wants, no clue as to the purpose of her life. And she experiments, manipulates, and uses sex to gain approval, recognition, even power. It is the one thing she knows she is good at, the one thing she is familiar with. To show Cynthia in any other light, to water down her past, to hide away the true feelings she has toward people as sexual objects, would be a travesty. It would require her character to be veiled in generalizations until there is just a two dimensional girl who is mentioned as having sexual tendencies. Sometimes the nitty gritty has to be brought to the page – both to create realism in the story, believability with the character, and recognition with those struggling with the same sin/behavior.

Writing sexual content into a ‘Christian fiction’ novel is never easy. Like any ‘edgy’ content, it can serve as a minefield that needs to be carefully traversed so that the heart of the story is not drowned in needless boundary-pushing content. This is why I always have a second set of eyes (my editor) look over my work, not just for grammar, but for content. There are many times my editor has instructed me that I took a scene too far or had content that just didn’t seem relevant to the story. And those are the times one does need to take heed and pull in the reigns.

I believe many elements that have been left out of a lot of Christian fiction can really help to draw people into the story being told and help the reader sort out their own experiences and struggles.

Next week we’ll take a good look at the theme of violence in Christian fiction. And this Friday, Cynthia Ruin's profile will be added to the Compendium on the website.
Posted by Unknown at 8:00 AM

First - I must sadly admit I have not had the chance yet to purchase/read any of your novels (It is on my list to do as soon as I can afford to do so - most of my book collection come from thrift stores at 25 cents each or less).

While I haven't yet read how you handled the sexual scenes in the book, I thoroughly agree that, when handled responsibility, they can serve a purpose other than to entertain. As I read your description of Cynthia, I was pulled in (and really want to read the book now). I was raped when I was 16. I was also sexually and physically abused as a child. When something happens to us that we cannot control, it does change us. In cases of rape or sexual abuse, it is very often the case that we become promiscuous or otherwise sexually deviant as a way of trying to regain the control we didn't have before. Hopefully, eventually, we all find our way out of the hell we had pushed on us (a hell which we help exaggerate by our subsequent behavior).

For you to have the courage to include these themes in your novels, in my opinion, is actually a good thing. You can most likely reach many more readers - many people who could use a bit of Christianity in their lives. People who are lost. Reading about someone (fictional or not) who has been through the same things can be incredibly healing.

As I said, I will definitely have to read this one now. :)

Rianna, I'm sorry to hear you were raped as a child. When I hear stories like that, I am outraged and disgusted, but at the same time I notice that those who do make it through horrible events like that - and are able to make their way out of the hell that was pushed on them - are much stronger for it, sometimes more stable than the rest of us.

My hope is to reach more readers with my writing by being true to the story and not being afraid to allow edgy content into the fiction where it fits.

When you do get around to grabbing my books, I'd love to hear your thoughts on this more.