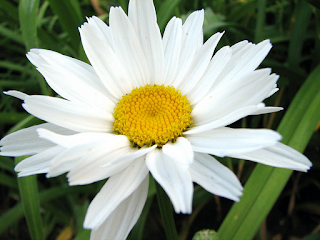 Last week I gave a glimpse into the character of Alpha 1 – aka Thomas Black – from my Black Earth series. I also discussed the theme of violence in fiction and how it can be especially useful, if used right, in Christian fiction.

Today we’ll take a peek into the character of Daisy Pierce and what she means to the Black Earth series as a whole. On Wednesday, we’ll take a look at the theme of faith in Christian fiction. And on Friday, Daisy’s character profile will be added to the Compendium.

To begin, I’ll say that Daisy Pierce is probably one of the more important characters in my Black Earth series. Not saying that I play favorites, but there are just certain characters who show up in my writing who seem to have more impact, more importance, than others. Daisy is such a character.

She began simply as a sister for my main protagonist, Nathan Pierce. Daisy is older than Nathan by a few years, and is attending business classes in the local collage. The novels reveal that she has plans to possibly move to New York, although the reasons for the move are not revealed. In their youth, Daisy rescued Nathan from nearly drowning in a swimming pool, and since then they’ve been close, sticking by each other’s side even when their parents began to participate in heated arguments with each other and threaten to divorce.

Daisy’s background is hinted at throughout the series, but not a lot of it is pulled to the surface of the novels. One of the hints readers get is the relationship between Daisy and a man named Daniel, who mysteriously vanished shortly before the events of End of the Innocence. When Daisy and Daniel began dating, the council of Daisy’s church spoke out in regards to their disapproval of Daniel. No clear reasons were given – at least not to Daisy’s satisfaction – as to what the church had against Daniel, but because of the animosity toward him, both he and Daisy left the church. 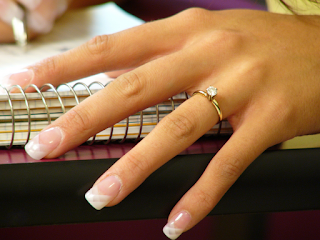 Daniel eventually proposed to Daisy and they became engaged to be wed. A few days after the engagement though, Daniel went missing without a trace. Daisy hired private investigators, and even went out on a few limbs herself to try and find out where he went. But no solid information ever surfaced, and at the beginning of End of the Innocence, Daisy is making a courageous attempt to go on with her life, still unsure as to the whereabouts or fate of her one true love.

The Daniel and Daisy story is never fleshed out completely, and as the books go along, it gets buried under heavier plot lines and implications. I will spill the beans though and say that I have plans to possibly do a short story/novella in regards to their story. There is a brief glimpse into the lengths Daisy went to in order to find Daniel in the Mini Shot, Smoking Kills, but other than that, it’s a deep mystery as to what happened to Daniel. Maybe the TPS (Time Protection Society) had something to do with Daniel’s disappearance? Hmm…

It wasn’t until Daisy wound up rescuing Nathan at the end of the horrible events that transpire the night of his high school graduation that I realized exactly what Daisy meant to Nathan. It was then that I caught a glimpse of the impact Daisy was going to have on the series as a whole. And as I came to the end of writing End of the Innocence and penned the cliffhanger, it was clear to me that Daisy is the central character of the whole series. Yes, a majority of the series is drawn from the point of view of Nathan Pierce and the friends in his circle, but the ethical and moral dilemmas that show up in the series – freedom of religion, freedom of speech, injustice, faith – all orbit Daisy’s character. 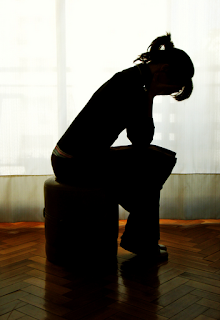 Daisy’s personality really begins to shine in The Broken Daisy – a title which directly relates to her and her fate. I won’t spoil too much of the plot here, but Daisy’s faith both in God and the human race is tested severely as the series progresses, and she becomes Nathan’s reason for surviving the harsh darkness that ends up engulfing the world.

Daisy’s presence in the Black Earth series reveals how faith – true faith in God – can be implemented into a story in a natural and interesting manner. On Wednesday, we’ll take a look at how faith in general can be used in Christian fiction. And on Friday, Daisy’s profile will be added to the Compendium.
Posted by Unknown at 8:00 AM