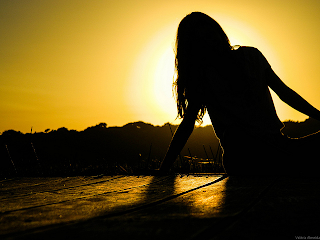 Last week I gave you a glimpse into the character of Daisy Pierce, and we took a look at how faith can be a greater benefit to Christian fiction when it's used properly.

This week we’ll take a look into the character of Pearl, an immortal girl torn between our world and the Depths.

Pearl’s origins are some of the most uncanny in the Black Earth series. Crafted by hand by her mother, Evanescence, Pearl’s form was put together in the Depths – a sublevel of Hell itself. Pearl took months to create, and when she was finished being crafted, she came to life as an eighteen year old with basic knowledge of Earth, humanity, and a very limited knowledge of creation.

When Pearl originally awoke (was birthed) in the Depths, she absorbed knowledge that allowed her to discern that the Depths, and the domain of the Dark One, was not a place she wanted to be. She was told the plans her mother, Evanescence, had for her, and this caused Pearl to flee the Depths – after a long and grueling escape attempt – and make her way to Earth, where she wandered in hopes of finding a way to kill herself so she wouldn’t have to witness the destruction about to befall the planet.

In the beginning of the Black Earth series, in the prologue to End of the Innocence (Falling), we find Pearl on the top of a high rise in Phoenix, about to throw herself off in another attempt to kill herself. She knows what is coming and wants nothing more than to be with her Father God in Heaven. 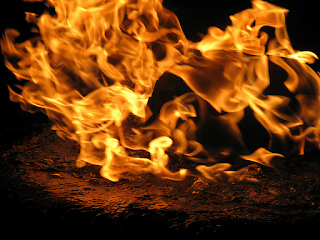 The interesting thing about Pearl is that even though she was crafted in Hell itself, by the Queen of the Depths, Pearl still acknowledges that her true creator is God and that He has a better place for her to reside in than the Depths or Earth. Although Pearl ends up going about reaching Heaven in the wrong manner – mostly due to her limited knowledge of things – her heart is in the right place. She wants to reside with the One who truly created her, and not those who have crafted her for evil intentions.

What’s funny, is I first formed the image of Pearl in my mind when I heard Skillet’s song, The Last Night, which speaks of suicide. I wondered what it would be like for someone immortal to want to commit suicide to escape the travesties on Earth. Fortunately, Pearl’s attempts to kill herself all fail, and she is ultimately united with a young man – the main character of the Black Earth series – Nathan Pierce.

Throughout the Black Earth series, Pearl learns what it is to make one’s own destiny and not conform to the inherited religion or beliefs one is born into - more on that Wednesday. Even though Pearl finds herself marked with a black key tattoo, one placed there for nefarious purposes, she fights with every ounce of will she has to make her own destiny and follow where her heart is leading her – into the arms of God. 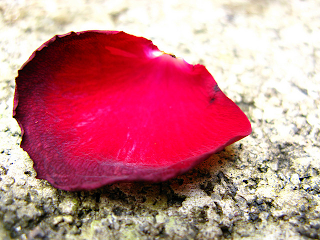 Pearl’s character brings a splash of beauty and sorrow to the Black Earth series, and she is probably one of my favorite characters. When she cries, rose petals flutter from her eyelids and she carries with her a sweet scent of cherry blossoms wherever she goes. When she finally does meet Nathan Pierce in person, Nathan gives her a reason to stick through the tragic events that befall Earth, but along the journey, Pearl also comes to know God better and realize the purpose she was truly created for.

Where will we find Pearl by the end of the Black Earth series? Who knows? Well, I do, but I’m not telling yet.

This Wednesday we’ll take a look at the theme of inherited religion in the Black Earth series and how it can serve a purpose in Christian fiction. Tomorrow, Pearl’s character profile will be added to the Compendium on the official website, and next week we’ll take a look at the character of Ryan Anderson and the theme of betrayal in Christian fiction.
Posted by Unknown at 8:00 AM