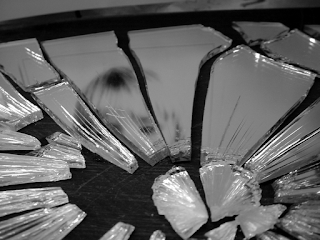 On Monday I posted some exclusive background to the character of Thomas Black, or rather Alpha 1, a mercenary with an appetite for violence. Alpha 1 has become one of my favorite side-character villains, but the themes surrounding him were a challenge to write. Murder, violence, semi-genocide – none of those are attributes that are typically welcome in Christian fiction.

It’s no surprise that violent themes are usually frowned upon in novels that also carry Christian themes. Many people read Christian-themed novels for the innocence the genre is known to encapsulate. Prairie romances, Christian-themed mysteries, and supernatural thrillers fill Christian bookstores with plenty of material that can appease  readers looking for novel entertainment lacking ‘worldly’ stuff – like sex, violence, or coarse language.

But there’s another crowd out there that have a desire for Christian fiction that pushes the boundaries of convention and treads along lesser-traveled paths leading to great literary adventure.

In my Black Earth series, which falls under the category of edgy Christian speculative (scifi, fantasy,horror) fiction, the theme of violence made its way into the storyline early on with the introduction of Alpha 1. A malevolent mercenary who takes pleasure in obliterating an entire church camp in a hail of gunfire, Alpha 1 resembles the very character who is usually not welcome in a Christian novel.

I am aware that used irresponsibly, violence or any other edgy content can destroy a novel – Christian or non-Christian – however, one has to be especially careful bringing across themes of murder, bloodshed, and hate in a Christian novel. Alpha 1’s presence in the novel isn’t one to be taken lightly or one to be taken as a token of violence that I just threw into my story to prove that violence can work in Christian fiction. His arrival in the storyline ushers in a precedence set for the rest of the series: anything can happen. This is much different than just inserting him for shock factor. 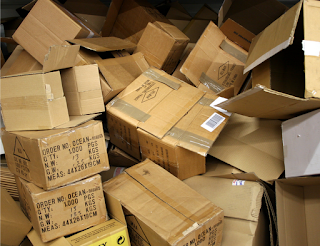 I believe there are many books out there that have been written to formula. In these novels, good almost always wins, evil almost always loses, the redeeming qualities of each character are brought to light, and sometimes evildoers come to their senses and become heroes or anti-heroes. Sometimes these formulas come with the territory of genre. Sometimes these formulas are used lazily to keep the novel’s story in a box that has had a history of ‘working’. I have witnessed this ESPECIALLY in Christian fiction.

The whole theme of my Black Earth series is that Earth will be destroyed. The storyline follows the events leading up to Earth’s destruction and manages a glimpse into a multitude of different characters and what his/her impact is on the world before it is toppled by evil forces. In my writing, heroes fall, enemies succeed, and God does not necessarily come down to save the day – at least not in ways we would expect. A good portion of the series goes against formula and convention.

When Alpha 1 came on the scene, he was different than other characters I had created because he came into my novel with absolutely no limits. There are a few other characters in the book (we’ll get to at another time) who seem to have no limits as well, but Alpha 1 came into the picture in a cloud of smoke and a storm of gunfire that struck down an entire camp full of Christians. He is controversial, he is menacing, he pushes the boundaries of morals and human nature. And yet, he is a good example of the true evil that resides within our own world.

Everyone has at one time or another seen a newsfeed, read an article, known someone, or themselves been in a situation where evil dominates the canvas of life – at least for a moment in time. 9/11. Columbine. The recent movie theater massacre in Aurora. Gruesome images from these events filled out television screens and burned their images into our minds, reminding us of what humans are capable of if left unchecked. Alpha 1 is that true evil stepping out of our own world and into the pages of my stories. He exemplifies what is wrong with some of those among us. The sadistic, the utterly psychotic. And yet part of him is sane. Part of him is fully functioning and able to think and act like the rest of us. Human. 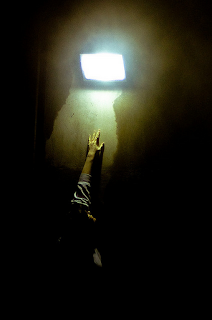 The scene in End of the Innocence when an entire campground is obliterated is a dark one. The details aren’t too horribly gruesome, but the very act itself carries with it the violence of the moment. Christians gunned down. Innocent children gunned down. It is horrendous. And yet it paints a picture just dark enough to allow the light emanating from other characters to shine through. Without darkness, one light is indistinguishable from many others. But against the backdrop of darkness, that one light is bright and easy to see, and it gives us hope.

There are many more acts of violence and evil throughout the novel series, but I wanted to shed discussion on this specific one because it was one of the more challenging scenes for me to write, and Alpha 1 is one of the most evil characters I have ever created – aside from Mr. Silver, but he’ll be in another post.

This Friday, Alpha 1’s profile will be added to the Compendium. Next Monday we’ll take a look at Daisy Pierce, and next Wednesday we’ll dive into the theme of true faith.
Posted by Unknown at 8:00 AM