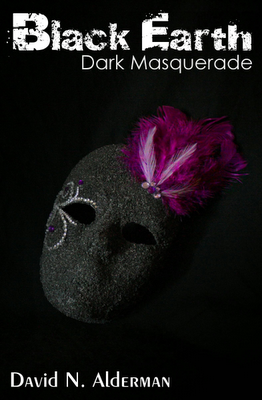 Darkness has engulfed the world, and the nightmare has begun...

Two weeks have passed since Nathan Pierce battled the Great Witch, Evanescence, and rescued Pearl from her mother's corrupt influence. Nathan now finds himself inhabiting a mall in northern California with members of Absolute's Rebellion, holding onto hope that his sister, Daisy, hasn't been executed for treason yet and keeping a watchful eye on Pearl—an immortal girl branded with a black key mark that could unlock destruction upon the earth.

When a stranger strolls in from the darkness with a lead on Daisy's whereabouts, Nathan sets off on a journey into the Broken Lands to find her. But to save his doomed sibling, Nathan must maneuver through a horrifying landscape of terrifying creatures and violence, dodging both the President of the United States and Legion—an alien entity intent on destroying the world.

Nathan stopped and slowly turned toward the voice coming from behind him. A woman with hair of pure white wore a white dress with black polka dots scattered on its surface.

“You like it? I thought I’d dress up like Pearl, but this was the only dress I could find.”

He had to stifle the curse coming to his lips.

“Legion is here, Nathan. We know you’re here. We know about those on the roof of the parking garage, the ones hiding in the buildings all around us. We know about your friend Macayle over there, on the steps of the library, using his monocle indiscriminately to keep tabs on you and the crowd. We know about everything.”

Nathan didn’t speak, didn’t move except to pull his hood closer to his cheeks, as tight as he could. How did I not know she was here when I first entered the crowd? His other interactions with Legion were more open, more noticeable. The female forms that Legion usually took always had hair and eyes of elaborate colors and wore black tendrils of ink in their skin. Sometimes, they were half-naked.

“We know you’re here. But we’ll keep it our little secret.”

She shrugged. “Why not? You humans are a delight to play with. If you’re not falling for the sensual aspects of each other, you’re harboring bitterness and hatred toward your own kind. You fascinate us. You fascinate me. I have spent years upon years studying your species, and there is always one thing that comes to my attention almost right away in every story I read—you always turn on yourselves.

“Take your leader, the one labeled the President of the United States. She is elected by your people, and yet your people are at odds over whether she should be leading your country or not. It’s fascinating. You humans change your minds on a whim. You kill each other over trivial things, and you start wars and then never remember why you started them to begin with. How do you do it? How do you live in an endless cycle of perversion, murder, and bigotry? And most importantly, how are you still around after all these years? Your species should have been extinct long ago with your dragon beasts.”

Nathan glanced toward Macayle in the distance. The man was keeping a watchful eye on Nathan, but there was still no sign of his sister or the president.

“She will be out soon, Nathan Pierce of Earth. When she takes the stage, when the events unfold, it will be another massacre, just like your wars of old. I will do nothing to stop it. Neither will my brethren.”

“Why?” Nathan asked. “Why would you not destroy us when you have the chance?”

“Oh, you will be destroyed. But why exert our energy in doing what you will do quite well yourselves? We’d rather sit back and watch humanity destroy…humanity.”

Nathan scanned the crowd, careful not to make steady eye contact with anyone. “Where is my sister?”

“She’s coming, Nathan. It has been…a pleasure…speaking with you. Know that we are always here, watching you. I will say…good luck. I am not sure that is an accurate term for your present situation, but I gather you know what I mean by it. You are intelligent for your species. You may very well get out of this alive. At least, today you might.”

Nathan glanced up at the buildings towering over the plaza. I wonder which one Ginger is in. When he returned his gaze to the Legion female, she was gone.