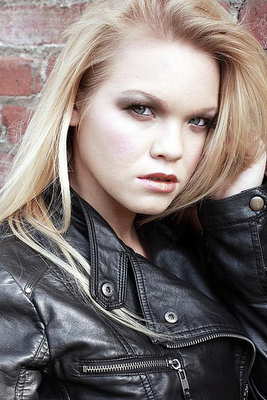 Kari Preen's character is one that many of us have seen before - the misbehaving Christian. Stuck up, insulting, misbehaving, ignorant. Kari is all of these things, and her character serves to prove to the world that not all Christians even try to walk out a holy life.

Kari was born into a very wealthy Christian family in Scottsdale, Arizona. Her father, author of the best-selling fiction series, The Treasures of Absinthe, and Kari's mother, a well known advice columnist, both raised Kari to expect nothing but the best from life.

Because of this expectation, Kari became a brat. She tore through junior high, creating a large clique that terrorized the poverty stricken students in the school, humiliating them and sometimes even stealing from them. Eventually, she and her friends were expelled and her parents were forced to pay to have her put in private school for the rest of her high school life.

Kari detests going to church, but does it to please her parents, though her motives are not without an ulterior to them. Her plans to inherit the family fortune when her parents pass keep her tied to them with false kindness and faux obedience. To her parents, Kari is a sweet girl who wants nothing but the best from everyone. She has her parents convinced that the incidents back in high school were mere gossip and that the teachers were jealous of the family fortune, wanting Kari out of the school because of it.

Kari started attending the same church Nathan Pierce and Heather Rhodes populated long ago when it originated in the gym of a local high school. Since then, Kari has always despised, among other girls in the church and youth group, Heather. To Kari, Heather represents the poverty side of the school that Kari grew up in, and so she wants nothing more than to pick on the girl. But Heather has held her own ground, especially with Nathan by her side.

Kari has made a couple friends in the church youth group, trying her best to create another clique like the one she had back in junior high. Her secret short term desire is to take over the youth group and run it with a group that she has personally selected.

At the beginning of the Black Earth series, Kari is attending summer church camp in the forests of California. Little does she know what is in store for her and the rest of the world...

This Wednesday we'll take a look at the theme of fake Christians and this Friday, Kari's character profile will be added to the Compendium.
Posted by Unknown at 8:00 AM