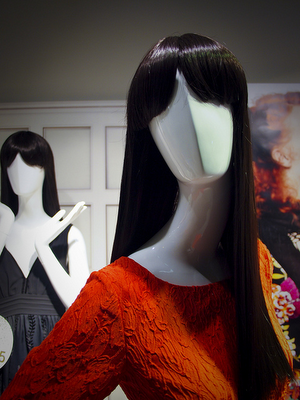 On Monday, we took a deeper look at the character of Kari Preen from my Black Earth series - a spoiled brat of a Christian who wants nothing more than to manipulate the world and live for her own selfish desires. Today we'll take a look at what makes Kari Preen a fake Christian, and how characters like her can be used in Christian fiction.

Kari is a fake Christian. There's no other term to describe her, really. She claims to be Christian. She was born and raised in a Christian family. She goes to church, puts on a smile, and deceives those who don't know any better. She gossips about and slanders others. She takes a little too much pride in material wealth, and takes nobody's feelings into consideration but her own.

Kari, I guess, would be a combination of the two. She is definitely a hypocrite. In the beginning of my Black Earth series, Kari comes on the scene as a materialistic gossip who carts around Evelyn Sun, a girl who is so naive that she hangs on every word, action, and gesture that Kari makes. Evelyn even takes to dressing just like Kari, just to be accepted. Her story is for another time though. This post is about Kari, and Kari only gets worse as End of the Innocence progresses. She is the epitome of the misbehaving, fake Christian.

Revelation 3:15,16 (NASB) - "I know your deeds, that you are neither cold nor hot; I wish that you were cold or hot. So because you are lukewarm, and neither hot nor cold, I will spit you out of My mouth."

God doesn't want fakes in His congregation of believers. They are like wolves in sheep clothing, going around causing trouble, giving Christianity a bad name. They are completely useless to the Kingdom of God, and yet they are the perfect villains for a Christian novel. Using the title of Christian but enacting none of the godly characteristics of a Christian, they run along the fence and cause trouble for both sides. They are a double agent of sorts, tricking both Christians and non-Christians.

I can't really say that Kari ever finds redemption, but I will say that she lives out her purpose in my story. Fake Christians can be good for something, I guess.

On Friday, Kari Preen's character profile will be added to the Compendium. Next week we'll take a look at another character from my Black Earth series and the theme encompassing them.
Posted by Unknown at 8:00 AM