An Introduction To The Expired Reality Series 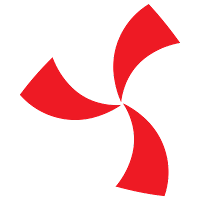 Many of you have enjoyed the books in my Black Earth series, and for that, I am grateful. What many of you may not know is that the Black Earth series isn't where I began my story telling. When I was eleven, back in 1990, I began penciling a story about a young boy - David - who crossed paths with a criminal mastermind - Mr. Big - and stopped him from kidnapping his sister and killing hundreds of innocent people in a hotel bombing.

That story eventually became the very first novel I finished when I was only sixteen - Mission: Australia. And over the years, Mission: Australia has evolved in the Expired Reality series. The Black Earth series is actually the prequel series to the ER series, as it details the destruction of Earth and how humanity came to be on the planet known as Anaisha.

I figured it was about time to properly introduce all of you to the ER series. This series has gone through many revisions, and a number of cover designs. For a very long time - since its creation - the series was touted as young adult. Then, as it evolved, content cropped up in the series that was not so young adult - suggestive content, torture, violence. After taking a long look at my Black Earth series and then figuring out where I want to go with the ER series, I realized I couldn't keep the young adult moniker on it any longer, and now it is filed under the genre known as Edgy Christian Speculative Fiction. For a detailed description of what this genre is all about, go here.

The Expired Reality series takes place nearly 80 years from the time Nathan Pierce (from the Black Earth series) battled the alien entity Legion, and Satan's Dark Army, in their attempts to destroy Earth and all of humanity. Through great struggle, bloodshed, and terror, humans managed to flee the planet in space vessels that brought them across the universe to an earth-like planet called Anaisha, where they settled and began to rebuild.

Now, humanity's close call with extinction is but a memory. Legion's suffocating alien darkness and any reference to the Great Witch Evanescence - lieutenant of the Dark Army - are but a terrifying memory to those who are able to recall their dark past.

Despite the fact that Anaisha was founded and colonized by the sadistic madman, Strangeways Silver, to be a utopia, the planet - especially the main continent of Enera - is far from flawless. In the years prior to the Expired Reality novels, criminal mastermind Mr. Big has set claim to the city of Lysallis and its outlying areas, filling the community with acts of violence and fear.

On one fateful day, one teenager - David Corbin - interrupted Mr. Big and his plans to murder hundreds of people in a hotel bombing. David's interference that day created a chain of events that put the child hero and the notorious villain head to head for many years to come. Eventually, David - at this time the head of a team of teenage heroes known as the Lazerblades - captured Mr. Big and detained him in prison, bringing virtual peace back to Enera.

The Expired Reality novels begin at the end of this virtually peaceful period, when Legion - the same alien entity responsible for Earth's destruction - reveals its presence upon Anaisha, and the Great Witch Evanescence actively seeks to satisfy her hunger for humanity's ultimate extinction. The teen heroes are called on once again to save the world, as ancient artifacts, humanities ugly past, and otherworldly species intersect in a final battle against the forces of evil.

The Expired Reality series is a series of novels, short stories, and novellas that can be read completely separate from the Black Earth series, and is a long-running series that will stretch out into many mediums of entertainment for many years to come.

In coming posts, I'll be introducing some of the characters from this series, discuss the layout and structure of Anaisha, detail some of the religious beliefs in the world, and give some sneak peeks into where I plan on taking this series in the near future.
Posted by Unknown at 7:30 AM