When We Least Expect It 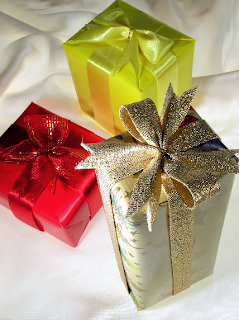 Over the last year, I've really been getting into the Old Testament. I find many of the stories incredibly relevant to our times, and I realize as I read through the OT that I gain a better understanding of God's character and a better view of the plan of salvation He had been putting together to save humanity with the birth, death, and resurrection of Jesus Christ.

Last week I read through 1 Samuel. Samuel was a prophet over the Israelites, and by chapters 8 and 9 his sons have turned away from God, and the Israelites themselves are in fear of their future - they don't fully trust that God will continue to lead them once Samuel passes. So, they ask for a king. And after warning them what will come with having an earthly ruler, God rolls out a plan to bring them a king.

The scene shifts to Saul, who has been sent out by his father to find their missing donkeys. After traveling a while from town to town, and finding no sign of the missing animals, he comes upon the the land of Zuph where Samuel resides. It is mentioned that the day before, Samuel was told by God that the same time the next day, the man to become king (Saul) would enter the town Samuel was in.

What I absolutely love about this passage - and about God - is that Saul was busy doing something mundane - searching for missing donkeys - when God decided to interrupt his life and make him king. Saul was going about his day-to-day business when God changed the course of his life forever.

Many of us who are waiting for God to move, to do the miraculous, to pull us out of the mire, to bring us into our next season and give us rest from the harsh weather of this season - sometimes we all stand, stop what we're doing, and look to God, waiting for Him to move. And sometimes that's what God wants us to do. But I think there are many times God chooses to bring about His promises, to fulfill our greatest desires, to open the door to the next season, when we are simply living our lives, day to day, doing what we're called to do. 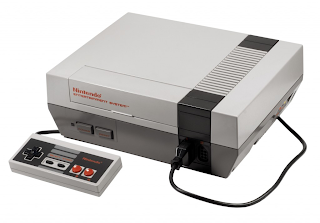 I remember I was barely a teenager living in New Mexico when a brand new video game system had just come out: the Nintendo Entertainment System, complete with Super Mario Bros. and Duck Hunt. Having grown up with a Commodore 64 and an authentic Atari 2600 system, I had an appreciation for video games. When the NES came out onto the market, I almost peed my pants with excitement. And I remember begging my parents to get me the system for my birthday.

It was well before my birthday the day my parents left me at home while they ran errands, and I remember sitting in front of the television watching some old black and white horror movie about a giant spider attacking a house. There was nothing magical or spiritual about what I was doing. I was simply watching a movie, holding onto hope in the back of my spirit that when my birthday did come around, I would get the NES I had asked for. That day, while I was in the middle of watching the spider movie, my parents came home and surprised me with an NES. They got a kick out of how much I screamed and jumped and raced around the house, excited to play Super Mario Bros. and Duck Hunt. It was a day - a moment - that is burned in my memory forever. It was a day that the unexpected and incredible happened while I was living life.

And I think many times, God wants so bad to surprise us. Matthew 7:11 asks if we as human parents know how to give good gifts to our children, how much greater are the gifts that God gives? I think that's why many times our breakthroughs happen when we let go of trying to control the when, the how, the why. When we leave it to God to surprise us, and we focus on the things we're called to focus on - like helping others, working, cleaning, raising our children, loving our spouses, being involved in the church - then God is open to surprise us and bring about a joy we had no idea was coming. He wants to blindside us with gifts, with His promises.

Today I want to go about my life and do what I do best and let God do what He does best.
Posted by Unknown at 8:54 AM