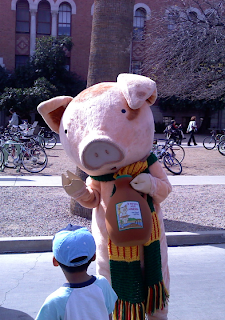 This last Saturday I participated in the Tucson Festival of Books which took place on the University of Arizona campus. For $50 ($25 per slot) I was given two, 90 minute sessions under the author's tent to promote my self-published novels. I was surprised I hadn't heard of this event before in the past, but it's definitely one I am going to participate in in the future. The festival brought all sorts of authors, self-publishing companies, kids booths and anything related to writing. 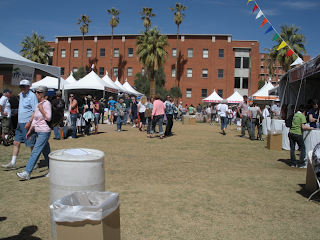 The event coordinator told me I could have a large table in a high traffic area - but in the sun - or I could have half a table in a lower traffic area in the shade. Even though it wasn't even mid-March yet, it was still about 88 degrees out. Regardless, I decided to take the table in the sun for more 'floor space'. I sold six books in the 90 minutes of that first session, but got a bit of sunburn in return. 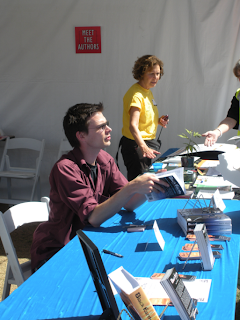 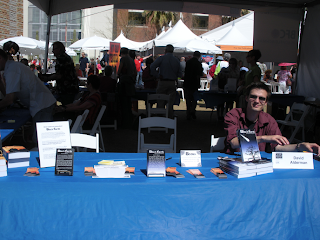 During my first hour and a half, I managed to be seated near a woman who was trying to get a proposition off the ground to make a certain amount of weed legal in Tucson. She was a bit loud and overshadowed my table at first, but the event coordinators quickly quieted her down.

After that, I had a real wild card of a lady approach my table. When I tried to tell her about my book, she snapped her fingers and told me to cut to the chase. After that statement, she requested I give her a description of each section in my novel - I have 52 chapters! I humored her and described what I could but then she launched into a strange conversation about how she can be invisible to others sometimes. I figured she was speaking figuratively - like invisible as in people don't take notice of your qualities - but then she made the comment that she could walk into someone's room and slide into their bed without them knowing about it. I couldn't help but spit out the word 'creepy' and she agreed. From there she ranted about being able to walk through walls and I was done with her at that point.

Luckily, she was the heaviest dose of crazy I had during the day. I tell you what, I seem to attract all kinds when I go to these signings. My brother and I were joking about how I should write a book just on my experiences at these book signings. And you know I will.

After the first time slot, I wandered the event with my brother and my wife for a couple hours. We explored the kid's area where Sasha and Rodney Glassman were signing and giving out copies of their children's book, Jeremy Jackrabbit Harvests the Rain. We grabbed one and had it signed for our future kid. 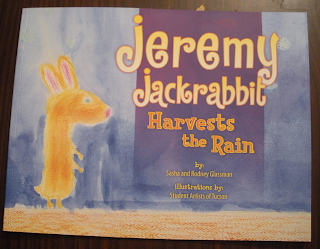 We also managed to grab a $1 comic book for our future kid, Lookit!. Actually, I'll end up reading it. It is a comic book. 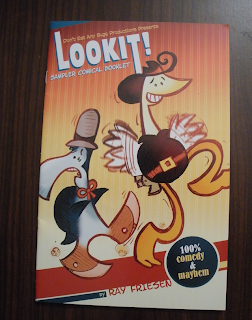 Bookmans had two tents at the event where I was able to touch base with a couple of the event coordinators - Anthony and Travis - who have both been gracious and hospitable in allowing me to do signings in their Tucson stores in the past. Bookmans was even giving out straw hats with "I Love Bookmans" buttons on them. Although I didn't get there in time to nab a hat, I did get my hands on a button. That's right. I am now boss. 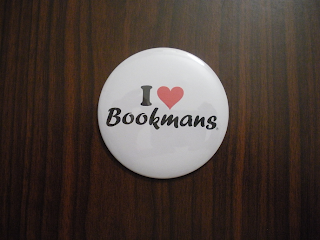 We managed to stumble across a guy dressed in stormtrooper armor who was wandering around the kids section. We had to get a pic. 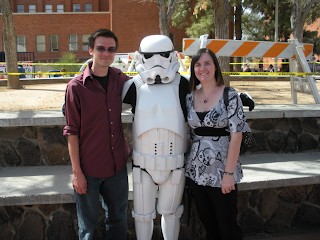 The U of A campus opened their observatory free of charge, although I don't think anyone was able to see the actual telescope. We did see their mineral and gem displays though. 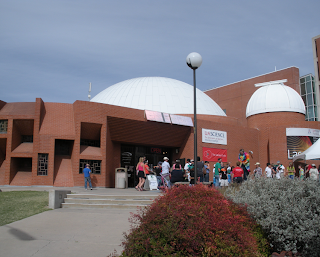 Barnes and Noble had a huge tent where you could check out the Nook and get your questions about ereaders and ebooks answered. I thought that was pretty neat. 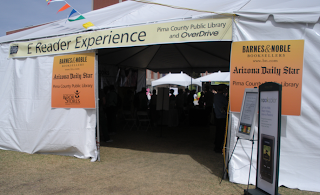 There was even a bus, although despite my temptation to jump on board, I didn't have time before my next time slot. 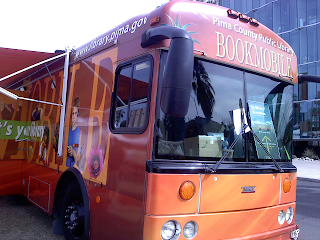 The second round of book promotion was incredibly slow and only furnished one book sale. However, I had a great time just sitting back and talking with the other authors around me about the self-publishing process. By then, the clouds had moved in and were blocking the heat, giving us a nice, cool afternoon. 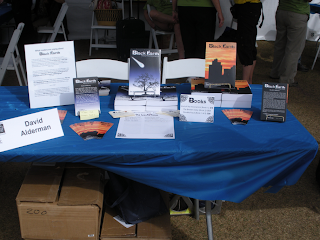 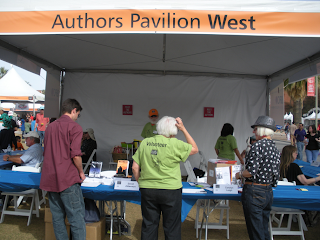 I met author Denise Bjornson and grabbed a signed copy of her book, Defining Gray. 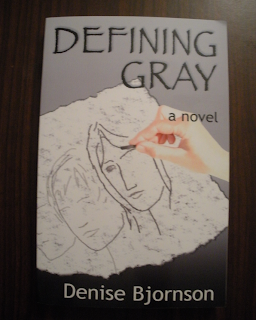 Overall, a great event and, like I said earlier, definitely one I'll be doing again next year if at all possible.
Posted by Unknown at 8:20 AM