Revisions And Rewrites For Lost Birth 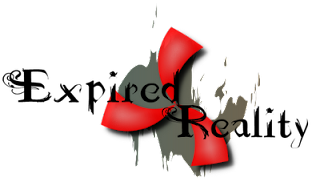 I've been working on the revisions to Lost Birth (the second book in my upcoming young adult series, Expired Reality) for a few weeks now, and I'm catching a lot of the things that were originally wrong with the book and prevented it from reaching the potential it could have when I first tried to self-publish it years ago.

In the first novel in the series, Endangered Memories, (which is currently being looked at by my editor), I had to make major changes in regards to world building. I had to infuse the planet of Anaisha with religion, proper geography, more believable government, and even more wildlife. Once these things were sorted out in book one, the changes just needed to be brought over into book two.

Well, there's a lot more work involved when it comes to book two. When I originally wrote Lost Birth, the novel came out to 200 pages - 100 pages shorter than book one. I did a rush job to get the story out there and the story floundered in many places because of it.

As I go through Lost Birth now though, I'm finding the major points that need work -

Settings-
There are many locations in Lost Birth that need a good overhaul.

Galtaia Penitentiary, originally named Southshard Prison, is the home of some of the most notorious criminals in the world of Anaisha. The first time I described this location, I was very limited in what details I gave to describe this mammoth setting. I didn't really think too hard in terms of what kind of security a mega prison should have, how the inmates would react if the one who put them away for life showed up as a prisoner himself, or how the building itself was situated in regards to the continent. I originally placed it near a highly populated area. I've since taken care of these finer details, even putting the prison complex on a solitary island.

The Elemental Complex of the Fire Arts (tentative name) is where Carrie Green awakens and finds herself face to face with an old enemy and an entire community of cult believers, who worship the elements and an ancient prophecy that ties in with Carrie's reasons for being there. Originally I made the underground construct extremely plain, with black walls and signs on the walls that told Carrie where the cafeteria, showers or library was. The library in itself, along with the temple where the followers go to worship the elements, came out looking like they were formed with a cookie cutter and lacked any real interesting details.

Now the complex sports a new look, including a massive dining hall, more detailed living quarters,and an athenaeum (library) that rivals most of Earth's. I am also in the middle of designing a much more believable and more interesting temple of worship.

The South Ryshard Home for Orphaned Girls is where Kimberly Setterson is taken, and where the Drain Sisters - a maniacal group of sadistic bullies - are introduced. This location had an okay amount of detail the first time around, but really only described one room of the orphanage along with a secret underground chamber that housed an ancient artifact.

This time around, I'm going to pull the reader into the other levels of the facility, including the basement where the Drain Sisters do most of their torture on the other kids of the orphanage, and the dining area where all the kids come together for their three meals during the day. I want to go into details regarding where Madame Prinnicle, the operator of the orphanage, goes to spend her time when she's not scolding the kids she has in her care.

Story -
The main problem I have found with Lost Birth is the lack of story. It has a plot, it has purpose, and the characters of the book walk out that purpose, but I really skipped key scenes that could have been implemented in the original version. This lack can be contributed to me rushing through the manuscript and being in a hurry to get it out the door.

From a writer's standpoint, I have been guilty in the long ago past of skipping scenes if I wanted to get one of my characters from one place to another and not really give a lot of detail in between. That's great for certain plot elements - sometimes even necessary - especially if you want to quicken the pace of the book. But going back through Lost Birth I've noticed that I did that a bit too much and lost some great opportunities to give more background on the once crooked cop, Sandra Meldramine, the evil and twisted Drain Sisters of the orphanage, and even of little billy, a young boy who lives in the orphanage, running around the building in a pillowcase cape stealing food from the dining hall. These characters never got their true fifteen minutes of fame, so this run through I'm expanding their scenes and giving more background into who they are, why they do what they do, and where they might be headed in the series.

The worst of these instances is with my character, Sean Amorou, Veronica Amorou's twin brother. He's mentioned as part of the protagonists main group of friends, but isn't seen anywhere in book one. That's fine, because that falls in line with the plot. But in Lost Birth, I wrote him in for one scene and then neglected bringing him back on stage until book three. I'm currently working on some new scenes that will pull him into Lost Birth more and help him connect with my readers on a greater level.

Another issue I've pinpointed in Lost Birth is the end of the book. The final chapter has an intense denouement, but the book lacked the build-up of climax before the payoff. The character that is involved in the ending (which I won't give away) never really had any scenes throughout Lost Birth, let alone book one. So the reader never had a real emotional connection to them, which led to a watery fallout. To rectify this, I'll be adding more scenes with this character throughout Lost Birth, and even go into some of their character background and the complexities of their relationship with my protagonist.

Finer Details -
I found while scavenging through book one that I lacked the little things that make a fictional world a believable and engaging world. So I created more fantastic vegetation, mentioned geographic locations to give the reader a better understanding of the world, and even gave more details to the world's financial system to give the reader a clear sense that this was a living, breathing world and not a Styrofoam knockoff good only for a kid's astronomy project.

In Lost Birth, I've found myself reveling in even smaller details. Food for instance. In the elemental complex, Carrie is originally asked if she wants to eat mushrooms or tofu. She gags at that idea and the scene is finished in regards to that. This time around, I had her sit down and see the food she was being offered. A mushroom cap found in hidden groves in the Serlin Mountains. Square-shaped nuts found in the Great Forests of Lindor. She gags when she sees the black glaze poured over the mushroom, and even though she's a self-proclaimed vegetarian, she finds herself willing to eat some type of meat instead of the strange concoction she's been offered. The changes to this scene give more detail into the geography of the world, the food of the culture, and how very strange others customs might seem.

Another issue I've run into is the library in the elemental complex. Originally I created the library for Carrie to find information on her purpose for being there in the Complex to begin with. But every book she opened in the original version of the novel came up with the same texts talking about the elements. I rushed through the scenes, trading quality for speed, and missed a great opportunity to immerse the reader in texts that could have spoken of the world of Anaisha or even other planets that were in the universe.

I've since then created an athenaeum - a fancy word for a library - that is stocked with manuscripts detailing other planets, galaxies, cultures and species. Carrie's act of reading through these manuscripts will give me a chance to detail the world(s) around her to the reader, breathing new life into my science fiction adventure.

All of these things add up to form a more believable world for my readers, and to help my readers relate to my characters better. From the small details like a glaze-covered mushroom, to bigger issues like the layout of a prison structure, all of these things can be used to hurt or help my story along. So far though, the revisions to Lost Birth seem to be breathing new life into an rough book.
Posted by Unknown at 9:36 AM