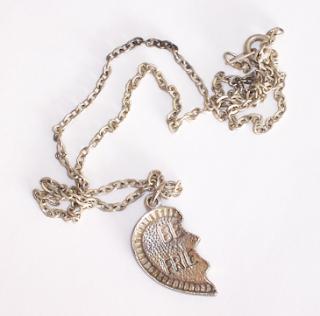 This has been a pretty long blog series, but I'm enjoying giving you all a deeper glimpse into some of the characters from my Black Earth series. Today we're going to take a look at Heather Rhodes, one of the main characters from the novels.

Heather was conceived on Rhodenine - the Wedge home world that was destroyed in a massive attack by Legion and the Dark Army. Before Rhodenine was destroyed, Heather was sent to Earth where she was taken in by an orphanage through which she was adopted by a loving couple who raised Heather through adolescence.

Heather's childhood on Earth was as normal as any other - until she reached puberty. At a routine checkup, an anomaly was discovered in one of her blood samples. She was placed in extensive testing, but doctors were unable to identify the strange substance in her blood stream and what its purpose was. Little did they know the substance was rhodenine, or that later in Heather's life, the rhodenine in her bloodstream would grant her abilities beyond her imagination.

While Heather's gifts lay dormant, she attended high school and eventually met Nathan Pierce, with whom Heather fell in love. For reasons unknown to her, he wouldn’t return her romantic advances, and instead he insisted they be friends. She agreed, knowing she cared about him on a level deeper than just physical intimacy. And as Heather went through her high school life, she fell more and more in love with Nathan even though her love went unrequited.

Despite the lack of returned feelings, Heather continues to be Nathan's supporting character - always there for Nathan, with an ear to listen and a hand to help. She would clearly die for Nathan, if only to prove her love and unwavering devotion to him.

Shortly before Black Earth: End of the Innocence begins, Heather and Nathan are involved in a horrific car accident that takes the life of a newborn child, and leaves Heather's face horribly scarred from airbag burns. Since she was the one driving at the time, Heather blames herself for the infant's death.

When the Black Earth series starts out, Heather is attending a church camp in California. Her first scene has her rushing out of a church worship session to be alone in the woods, haunted by reoccurring flashes of memory from the car accident. Tripping, she catches herself with a light shield conjured from her hands, wondering where the mysterious power originated from. Little does Heather know that she is a Wedge, an alien race imbued with special 'gifts' - or superpowers. Once Heather realizes her light shield isn't a hallucination, she begins to question where her newfound powers came from, and if they are considered magic or a sinister trick by Satan.

And this is where the argument begins of whether or not magic or super powers can have a place in Christian fiction. We'll dive into that on Thursday. And on Friday, Heather's character profile will be added to the soon to be new and improved Compendium.
Posted by Unknown at 8:00 AM

Oh man, I remember when I got in a car crash while driving (I'm so happy no one else was in the car with me, though I probably wouldn't have gotten in the crash if someone else was with me). I was convinced the airbag had scarred my face. My right arm still looks a little icky and my knees hurt, but my face is fine.

I like both this blog series and the preNanowrimo one. ^_^

This idea about superpowers in Christian fiction has helped me immensely, because I feel like the "gifts" that God gives us can be used for both good and evil; it just depends on the choices we make. Any tips on the whole gifts = superpowers idea?

I'm going to write an updated post on this topic soon, so keep an eye on the blog. I want to resurrect a lot of these topics since they are incredibly relevant nowadays, especially with more Christian fiction hitting the marketplace.