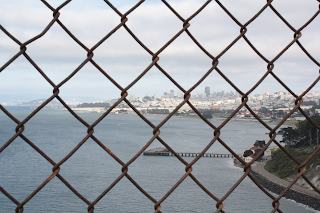 Well, here we are at the very beginning of 2013. I feel excited, nervous, and anxious for this new year. 2012 wasn't a bad year, it was just extremely challenging and took a bit more out of me than I thought was even there. It was a year of accomplishments - I self-published two novels; a year of commitment and dedication - my wife and I celebrated our seven year anniversary; and it was a year of family - my son turned one. It was a year that won't be easily forgotten amid the ashes of past years, but I have a feeling - and I know in my gut - that 2013 is going to put 2012 to shame.

For those of you who are waiting or have waited on God for promises before, you know that the waiting is the hardest part. I'm the type of person that loves receiving instructions and carrying them out. I love progressing. Moving forward. Building things. If the blueprints and instructions are clear, I can work endless hours until I've completed the tasks given to me. But when I'm told to wait - or when I think that waiting is what I'm supposed to be doing - I cringe. I want to see movement. I want to take action. But sometimes that isn't God's will, and sometimes taking action when we're not supposed to can seriously derail the plans that God has for us.

Certain, very specific promises have been made to my wife and I over the last seven and a half years of our marriage, and even before that. Specific promises in regards to my writing career and our family. We strongly believe that 2013 will be the year these promises are brought to fulfillment. We don't know the how exactly - which frustrates me to no end - but we know that when God makes a promise, He keeps it.

In the next month or so, my wife and I will be moving to San Francisco to take part in a church plant called Canvas. We have no idea when the money for this endeavor is going to come in, we have no idea of an exact move date, nor do we know exactly where we're going to live (as far as a building goes). When asked how our move to San Francisco is going, we shrug and say that it's going. We don't shrug because we don't believe it's going to happen, we shrug because it's in God's hands, and He's decided to keep some cards close to His chest until His perfect timing. That's usually the way He operates though, so it should come as no surprise.

We are about to embark on a new season, a new chapter, in our lives. It is a scary time, but also exciting because many promises will be fulfilled. And we aren't the only ones entering a new season. The pastor of our church just announced his resignation and that he and his family are embarking on a new season in their lives and ministry. A 'sister' of mine whom I've known since high school has announced her intentions to take part in the Canvas church plant as well, signaling a significant change of season and environment for her.

I can feel the breeze coming in. It is filled with change, and opportunity, and movement. I welcome it with open arms and an open heart.

Our move to San Francisco will also accompany some other promises we were given, but for the time being, we'll keep those to ourselves. In the meantime, while we wait, I will keep my eyes steady on the One who holds my future in His hands.

Photo Copyright Michal C. Alderman
Posted by Unknown at 9:33 AM

Man, If I could only read you what I wrote in my journal this morning... It was exactly this. (of course not as "pretty" and faith filled...) It's been QUITE the ride... When everyone asks me how MY move is going I, also, say it's going. I have sought out plans, but it's uncomfortable in a sense that God is saying "Daughter, Don't worry I got this!" and indeed He does.
I completely agree, the waiting part is INCREDIBLY hard. I am so, comforted in the fact that I have You, Michal and Nolan to be "with" me... I'm ready to do this next season with you, my family!

I have said this countless times, and I will continue to say this: You inspire me! You encourage me! You keep my eyes focused before this journey even begins!