My Problem With Social Networking 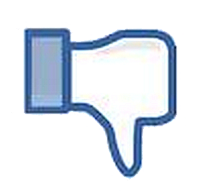 I've been self-publishing for quite a few years now - probably too many to count seeing how I was dipping my toes in the self-publishing field and the ebook market before digital readers were even around and everyone read digital files on their computers in PDF format. And over the course of this long while, I've come to the stark and disappointing realization that I STILL struggle with marketing and social networking. It's probably my very least favorite part of self-publishing, and I cringe every time I have to delve into either of those two fields.

That being said, I wouldn't trade the ability to self-publish for anything in the world. The fact that I have control over my written and graphical content is a power I will not easily - if ever - give up, especially considering I write in the niche genre of edgy Christian speculative fiction - a crossover of mainstream and Christian fiction that has fans and haters on both sides of the fences.

Now that we've entered 2013, I've decided to sit down and take serious stock of where I want my energies to be placed over the next year. Being a self-published author in combination with being a work-from-home dad doesn't allow me ample amounts of luxury time to just throw to the wind - even if that's what I've been doing these past few years. Case in point, why in the world do I have so many social networking connections to other authors? Authors aren't going to buy my books. And to be honest, reviews from other authors aren't always all that objective. This isn't to say that self-published authors shouldn't read/review other self-published author's books, but is that really the best use of an author's time?

I remember when I first started out on this self-publishing journey, I had many other self-published authors clamoring my email inbox and my social networking feeds with requests to read/review their work. I said yes at first to a few of them, realizing later that it was a mistake to commit to such a task. It left me no time to write, no time to promote my own work, no time to read for leisure - which isn't to say that the work I read from those authors was sub-par, it just took up the time I should have been spending getting through my own to-read shelf which has been lingering here in my office for a few years now. In fact, I'm almost certain my to-read stack has grown legs and is now hiding in my office closet, waiting to strike when I least expect it.

So for 2013 I decided to be more vigilante in streamlining my efforts. Instead of shoving my face out there and focusing all my efforts on reaching other authors, my goal will be to reach readers. READERS! I've decided to stop lurking in Red Room - not because there aren't readers over there, but because in order to get decent exposure for my books there, it seems I have to pay a membership fee. I've decided to stop messing around on Writing.com - which is a great site, by the way, but I find it hard to navigate sometimes, and in order to secure the storage space there necessary to promote all of my writing, I would have to have a membership as well. I used to be on AuthorNation, but for some strange reason, the site has undergone some serious problems over the last year or so and now no longer exists. At least, I can't find it. And my profile there is gone. So, that problem took care of itself.

One of the biggest changes I made was to my Facebook profile - my personal one, not my author page. I had over 1500 friends in a mixture of unknown authors (most self-published like me), friends, and family. It became quite difficult discerning what I should or should not be posting on there - such as pics of my one year old son, status updates on what coffee shop I was hanging out in on a certain day, or what was going on in my life on a personal level. It was even difficult to post about my novels because most of my messages in that regard were being repeated on my FB pages anyway, so some people were seeing shout-outs about my books two or three times in their newsfeeds.

To this end, I took a few days and purged all but 115 of those friends. 1500 to 115. And that 115 is a mixture of friends, family, and authors who I truly respect and have had great interaction with over the past year or so. It's been quite liberating, to be honest, and now I can focus my writing announcements and whatnot over on my FB pages. I also made the decision to stick with Goodreads, and make my presence more prominent in the Kindle and Nook forums, where readers who own Nooks and Kindles go to find great books - especially by self-published authors. I'm also going to be posting/interacting more at Self Publishing Review. And, of course, you'll be able to find me at The Crossover Alliance, which I'll be working on building up more this next year.

I feel much better now that I streamlined things. Sometimes you just have to cut the fat, and with the way things are on the internet nowadays it's becoming difficult to find the will power to step out of certain circles because many of us are being taught that the more exposure we have the better. I disagree. I think we need to be more focused on the exposure we actually want, and take steps to enter into that, and step out of the exposure that is only going to waste our valuable time.
Posted by Unknown at 8:27 AM