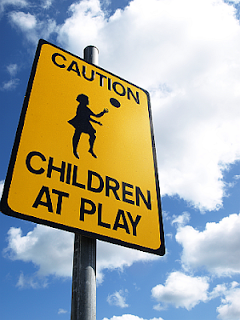 I've been wrestling with something for quite some time now. For the past few years, I've had two running novel series - Black Earth and Expired Reality. The Expired Reality series has actually been around since I was a mere eleven years old because it was the capsule for some of my very first writing. It has also been marketed this entire time as Young Adult. The Black Earth series, on the other hand, began a few years ago and just recently came to a close at four novels. Black Earth was an experiment on mixing genres, finding my writing style, and thumbing my nose at convention. Okay, maybe those weren't the intended purposes of writing the series, but more like side effects of writing outside the lines of convention.

And now I know why.

It's become increasingly difficult for me to put attention and passion into the Expired Reality series these past few years because I've wanted so bad for it to follow in the footsteps of my Black Earth series. Black Earth encompasses Christian themes with edgy content and speculative fiction. It's raised some controversy, it's received fairly good reviews, and it has helped me find my voice as a writer. And why shouldn't my Expired Reality series follow in its footsteps? The Expired Reality series takes place in the same universe, only 100 years later, with some of the same characters. But if you read through both series, you'll find that they each have a unique voice, and one is definitely edgier than the other.

A good friend of mine asked just the right question the last time I visited him. He asked me what my writing goals were now that I had finished the Black Earth series. And I answered by telling him that now it would be the Expired Reality series all the way. At least twelve novels, countless short stories and novellas, and even some side series. Of course, I have some plans to sketch out some side stories for the Black Earth series, but overall, my Expired Reality series is where the majority of my efforts will be put toward from here on out.

Then my friend asked me about the challenges I am going to face marketing the Expired Reality series as edgy Christian young adult fiction. To market something as edgy and Christian has been a bit of a challenge itself, but the Black Earth series has proven that it is a unique genre in its own right. But to label something as edgy, Christian, and young adult brings along some unwanted hurdles. Out of all fictional genres, I believe young adult has the most boundaries/rules/expectations surrounding it. Certainly every genre comes with reader expectations - when you pick up a mystery, you expect to dive into a whodunnit. When you pick up science fiction, you expect to travel to other worlds or encounter sentient life in far reaches of the galaxy.

When you pick up young adult fiction, the elements within it are only 'supposed' to reach a certain limit. Violence, sexual situations, language - all these things have caps on them in young adult fiction, and for good reason. Young adult fiction is targeted at just that - young adults. And we really don't want to be filling their head with all sorts of crap. That being said, I am well aware that there are young adult series - many of them - that center around edgy content, most particularly sex. But there's still a certain expectation as to what boundaries an author is to cross when penning in a young adult novel.

Tie 'Christian' to the young adult genre, to those expectations, and things become even more restricted.

One important question came to me through this discussion I had with my friend: Where was I going to be able to go with my ER series if I kept it under the young adult title? My friend then pointed out that he didn't think I really wanted to write young adult anymore. And he was the first of two people - different instances - who stated the same observation.

It's a hard fact to swallow, that I don't want to write young adult anymore. It's the genre I started out in, it's the genre I figured I'd be writing in throughout the majority of my life. But alas, I know it's time to turn away from the young adult title. Time to strip off the tag, break the chains, and move forward in the direction my Black Earth series set the foundation for.

Pulling away from the YA label and moving forward under the umbrella of edgy Christian speculative fiction brings about another change to the Expired Reality series - cover design. In the next week, you'll see the cover designs change for the Expired Reality books that are already on the market. Moving forward, every book in the series will hold a common design structure, but each will differ slightly from each other in color and other small details. I want to thank Jelani Parham - my good friend and writing buddy - for creating the covers that I've been using, and the fact that the cover art is going to be changed up in no way implies I have been unhappy with his work, simply that the look and feel of the books needs to not be specifically aimed at young adults.

I am really excited about these changes, and I hope you as my readers are as well. Collecting all of my writing under one common genre frees me up to make the characters, story lines, and themes more consistent with each other, and will allow me to experiment a bit more than I would have been able to having stayed under the young adult label.
Posted by Unknown at 9:33 AM

That's a brave step and a pretty profound realisation, since I know the YA was close to your heart. Go for it, and I hope you get even more readers loving your stuff.